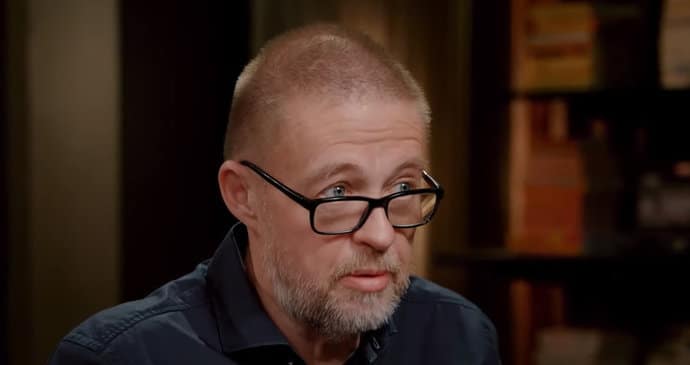 A Soviet-born American journalist and author who used to explicitly critique the West and its military and political intervention around the world has been found dead in his car in Istanbul under ‘suspicious’ circumstances.

Turkey’s official Anadolu news agency reported on Tuesday that Andre Vltchek, 57, had been found dead as he was traveling with his wife Rossie Indira and two drivers around the country earlier in the day.

Local Turkish media made public a video from the moment the minivan used by Vltchek and his companions arrived at the hotel in Istanbul:

Before going to Istanbul, they stayed nine days in the northern province of Samsun but upon arrival at a hotel in Istanbul’s Karakoy district in the early hours of Tuesday, Vltchek was unresponsive to his wife who tried to wake him.

Paramedics confirmed the journalist’s death. Police are now investigating the case. Indira and the two drivers will be questioned.

Vltchek, who was born in Russia and became a naturalized US citizen, worked as a reporter in conflict zones from Bosnia to East Timor for a long time.

He penned articles for Der Spiegel and The Guardian. He had been in Turkey for a while and gave an interview to the Aydinlik daily earlier this month.

‘No foul play in Vltchek’s death’

Meanwhile, Vltchek’s wife, confirming to Press TV, ruled out “foul play” in his death, because she said he had a long history of diabetes that had worsened in the last month. Some CCTV cameras from the last hotel he staid captured him on a wheelchair just before boarding the minivan that took him to Istanbul. He covered dozens of war zones and conflicts, including in Iraq, Sri Lanka, Bosnia, Rwanda and Syria, according to his website.

Vltchek authored numerous books, including “On Western Terrorism: From Hiroshima to Drone Warfare” with linguist and scholar Noam Chomsky. He considered himself a globetrotter and could not stay in one place for more than a few weeks.

He was a dear friend of Venezuela and Chavismo and for the last months he work very closely with Orinoco Tribune. From this collaboration, we posted an article about his perception of the latest demonstrations in Chile and racism in that country. A few days earlier, Orinoco Tribune posted an article of his about the Soviet Union, “How we Sold Soviet Union and Czechoslovakia for Plastic Shopping Bags – Message to Honk Kong Readers,” that is among the most read pieces this year.

Orinoco Tribune will certainly miss Andre Vltchek, his unstoppable capacity for work and his tenacity.