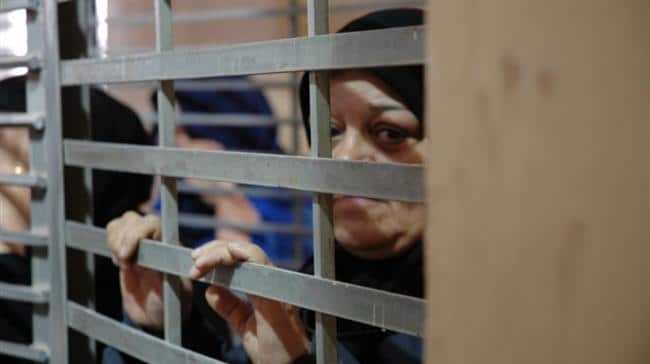 September 21, 2020.- A group of Palestinian women have reported sexual abuse, including exposition to extreme body searches, by Israeli prison officials and interrogators at detention centers across the occupied territories.

Dena Karmi, 41, a Palestinian woman, who spent 16 months in an Israeli prison, told Turkey’s official Anadolu news agency on Monday that she was subjected to sexual harassment for two days at the interrogation facility run by the regime’s internal security agency, known as ISA, at Shikma Prison in Ashkelon.

“When I refused to take my clothes off, the jailer attacked me. She tore my pants to shreds and subjected me to embarrassing searches,” she said while describing her first moments at the detention center.

Karmi added, “It was very humiliating and horrific particularly, when the interrogator was behaving promiscuously and trying to provoke me. The male interrogator would usually get closer to me during interrogation sessions at night, and even showed his inappropriate photos in swimming trunks.”

The Palestinian woman went on to say that the interrogator used to come close breathing on her face, when her hands were cuffed behind. The officers even sought to molest her and used foul language.

The interrogator even accused Karmi of having sexual relationship with other Israeli intelligence officers, who had interrogated her earlier.

Karmi was arrested in July 2018 from her house in the occupied city of al-Khalil in West Bank and was sentenced to an imprisonment of 16 months. She was held for allegedly participating in social activities linked to the Hamas resistance movement with six other women.

Another Palestinian prisoner, requesting anonymity, said she was subjected to sexual harassment as she was being transferred from the occupied central West Bank city of Ramallah to Jerusalem al-Quds.

“An Israeli criminal sitting opposite to me in the prisoner transport vehicle insulted me sexually. I was shocked and knocked at the metal cage repeatedly in search of help. Nobody, however, responded to my appeals,” she said.

The woman said no Israeli officer helped her or stopped the criminal from harassing her.

Director of the Addameer Prisoner Support and Human Rights Association, which advocates the rights of Palestinian inmates, said the Israel’s judicial system does not take the complaints related to sexual harassment seriously.

“We have documented and filed many complaints to the Israeli courts and the United Nations. But there has been no satisfactory response up until now,” Sahar Francis said.

More than 7,000 Palestinian prisoners are currently held in some 17 Israeli jails, with dozens of them serving multiple life sentences.

Over 350 detainees, including women and minors, are under Israel’s administrative detention, which is a form of imprisonment without trial or charge, allowing authorities to incarcerate Palestinians for up to six months. The duration could be extended for an infinite number of times.

The detention takes place on orders from a military commander and on the basis of what the Israeli regime describes as ‘secret’ evidence.

Some prisoners have been held in administrative detention for up to 11 years.

Featured image: This file photo shows Palestinian women behind bars at a detention center in the Israeli occupied territories. (Photo via Twitter)