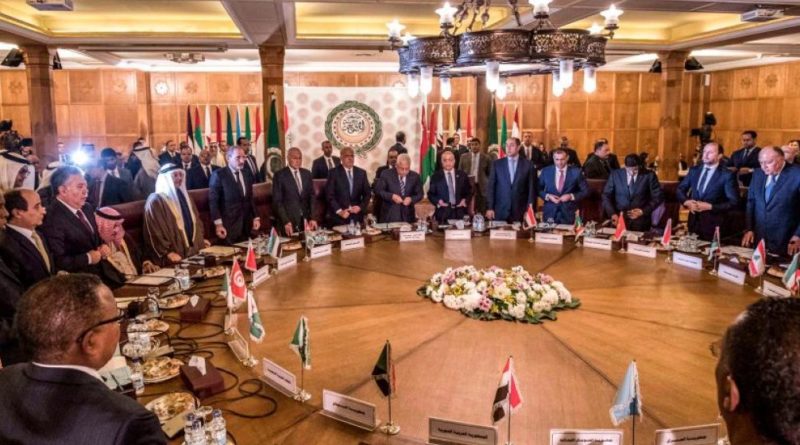 The Arab League has completely rejected US President Donald Trump‘s Middle East plan during an emergency meeting in Egypt‘s capital, saying it would not lead to a just peace deal.

In a statement on Saturday, the pan-Arab bloc said it “rejects the US-Israeli ‘deal of the century’ considering that it does not meet the minimum rights and aspirations of Palestinian people.”

Arab states also agreed “not to … cooperate with the US administration to implement this plan,” adding that Israel should not implement the initiative by force. They insisted on a two-state solution that includes a Palestinian state based on borders before the 1967 war, when Israel occupied the West Bank, Gaza and East Jerusalem. They also called for East Jerusalem to be the capital of the future Palestinian state.

The session was requested by Mahmoud Abbas, the president of the Palestinian Authority (PA), who urged Arab nations to take a clear stance against Trump’s proposed plan.

The 181-page proposal was unveiled by Trump last week at the White House as he spoke standing next to Israel’s Prime Minister Benjamin Netanyahu.

‘This is a disgrace’
The plan, dubbed by Trump as the “deal of the century”, was presented on Tuesday after being negotiated with Israel but with no input from the Palestinians, who had cut off all ties with the Trump administration after its 2017 decision to recognise Jerusalem as Israel’s capital.

The proposed plan envisions the Israeli annexation of large swaths of the West Bank, including illegal settlements and the Jordan Valley, giving Israel a permanent eastern border along the Jordan River.

“They told me Trump wants to send me the deal of the century to read, I said I would not,” Abbas told the meeting of Arab League foreign ministers.

“Trump asked that I speak to him over the phone, so I said ‘no’, and that he wants to send me a letter, so I refused to receive it.”

Holding up a map that shows the gradual geographic reduction of Palestine through four stages from pre-1948 to Trump’s Middle East plan, Abbas said: “I challenge any of you, if you can even see us on the map. If you ask a child in first grade to draw Trump’s map he will never know how to.”

“This is a disgrace,” he added.

Abbas also said that he will cut security ties with both Israel and the US: “We’ve informed the Israeli side … that there will be no relations at all with them and the United States, including security ties,” he said.

The Western-backed Palestinian leadership has been under mounting pressure from ordinary Palestinians and its rivals in Hamas to cut off security ties with the two countries, or even dismantle the increasingly unpopular Palestinian Authority.

Reporting from Ramallah, Al Jazeera’s Nida Ibrahim said many Palestinians there “might not even know that there is an Arab league meeting taking place”.

“It doesn’t seem that the street is holding so much hope,” she said.

RELATED CONTENT: US Envoy Warns Palestinians Against Confronting Trump Plan at UN – Fraud of the Century (US “Diplomacy” at its Best)

‘Clear declaration’
Abbas said the Palestinians remain committed to ending the Israeli occupation and establishing a state with its capital in East Jerusalem.

Trump’s plan also proposes making Abu Dis, just outside Jerusalem, the capital of a future Palestinian state, which was also instantly rejected by the Palestinians.

The Arab League’s head, Ahmed Aboul-Gheit, said on Wednesday an initial study of the plan’s political framework showed that it “ignored legitimate Palestinian rights in the territories”.

He said the Palestinian response would be key in shaping a “collective Arab position” on the plan, which he noted was a “non-binding US vision”.

In a tacit sign of support for the US initiative, ambassadors from the United Arab Emirates (UAE), Bahrain and Oman attended the unveiling of the plan in Washington. Saudi Arabia and Egypt, Arab states that are close US allies, said they appreciated Trump’s efforts and called for renewed negotiations without commenting on the plan’s contents.

Egypt urged in a statement Israelis and Palestinians to “carefully study” the plan. It said it favours a solution that restores all the “legitimate rights” of the Palestinian people through establishing an “independent and sovereign state on the occupied Palestinian territories”.

Jordan warned against any Israeli “annexation of Palestinian lands” and reaffirmed its commitment to the creation of a Palestinian state along the 1967 lines, which would include all the West Bank and Israeli-annexed East Jerusalem. Qatar said it welcomed efforts to broker “long-standing and just peace” but warned that was unattainable without concessions to the Palestinians.

Analysts said the “divided” reaction from Arab states to Trump’s plan was no surprise, noting the main reason for support – whether strong or subtle – was to guarantee Washington’s backing against a common regional enemy, Iran.

“The US-Iran brief military confrontation in January has convinced some Gulf countries that Washington is their only protector,” Ramzy Baroud, a Palestinian author and journalist, told Al Jazeera.

“Some Arabs have completely forsaken Palestine and are embracing Israel to fend against an imaginary Iranian threat,” Baroud said.

Gulf countries such as Saudi Arabia, the UAE and Bahrain, which traditionally championed the Palestinian cause, have cosied up to Israel in recent years as they see Iran as a bigger regional threat.

“I think that what has been done is these people have adopted the approach that my enemy’s enemy is my friend,” Diana Buttu, analyst and former legal adviser to Palestinian peace negotiators, told Al Jazeera.

“And it shouldn’t have to neutralise Iran, or deal with Iran … It would come at the expense of the Palestinians,” she said.