Dictator Jorge Rafael Videla (center) is sworn in as president of the military junta in Argentina in 1976. File photo from Wikimedia Commons.

On December 21, former Argentine police officer Mario Sandoval was sentenced to 15 years in prison for crimes against humanity during the last Argentine military dictatorship.

“The Argentine killers and torturers reached the peak of horror,” expresses Chomsky to journalist Edu Montesanti, while celebrating one more among many convictions of former dictators in the South American country over the years.

On a trial for crimes against humanity related to the last Argentine military dictatorship (1976-83), former Argentine police officer Mario Sandoval, 69, was found guilty by the justice of his country last December 21 for “illegal deprivation of freedom aggravated by his status as a public official, and the application of torture to the detriment of a politically persecuted person,” against Architecture student and member of the Peronist University Youth (JUP), Hernán Abriata.

Sandoval heard the sentence from prison in Campo de Mayo barrack, in western Buenos Aires city. According to the court, Abriata, then 24 years old, had been kidnapped on October 30, 1976.

“I was next to Hernán when some people knocked on the door. The repressors were there, and Sandoval went in first. We were in a two-room apartment. When Sandoval comes out and takes him away, he shows me his ID and his photo,” declared to the Argentine police Mónica Dittmar, Abriata’s partner at the time of the kidnapping.

From his apartment, the student was taken to the former Escuela de Mecánica de la Armada (or Mechanical School of the Navy, known by the acronym ESMA) in Buenos Aires, the largest clandestine detention center of the regime where dictators used to keep political prisoners, torturing and murdering them.

With the end of the military dictatorship, Sandoval emigrated to France, the country that granted him nationality. In the European country, the former Argentine official even worked as an advisor to former President Nicolás Sarkozy, until he was identified and extradited in 2019.

Despite the fact that Sandoval has been found guilty of hundreds of other cases of illegal repression, the French government only accepted the extradition of the former Argentine officer due to Abriata’s case.

After 45 years of impunity, the punishment for Sandoval was celebrated as a “historic and political event” by Carlos Loza, an ESMA survivor, where he shared captivity with Abriata. “Personally, I’m satisfied with fulfilling the commitment assumed with him [Abriata] in the concentration camp, in the midst of an extreme situation. That’s how we have kept the fight alive, in order to know what happened to him”, added Loza, deeply touched.

In a conversation with the Argentine daily Télam, the survivor said that the trial conclusion “from a legal point of view, also constitutes a political fact because the dictatorship represented, too, the stigmatization of militant groups throughout the country”. Loza recalled that “many of those groups were not political but social movements, people who sought the transformation of society.”

It is believed that around 5,000 people were imprisoned in the ESMA torture center alone, out of a total that exceeds the 30,000 tortured, murdered, and disappeared during the cruel seven years of military dictatorship in Argentina.

“During the plague of violent military dictatorships that swept through Latin America from the ‘60s into the ‘80s, Argentine killers and torturers reached the peak of horror,” recalls exclusively for this report American linguist, philosopher, sociologist, and political dissident Noam Chomsky.

Since the dictatorship ended, more than a thousand genocides have already been condemned in Argentina. Underscoring especially General Rafael Videla’s case, president of Argentina from March 1976 to May 1981: sentenced to life imprisonment and stripped of military rank, he died in prison in May 2013.

Chomsky also celebrated the conviction of the former police officer on December 21, remembering that, while other countries in the region such as Chile, Uruguay, and Paraguay also condemned former military dictators, Argentina has been an exemplary case.

“The sentencing in July of 19 former military officers for crimes against humanity during the dictatorship is another step forward and should serve as a model for others, near and far,” said this report “the most important intellectual of our generation” according to The New York Times.

On the 6th of that month this year, the Argentine Justice sentenced, through an oral and public trial that began on April 29, 2019, ten former dictators to life imprisonment, and nine others to sentences between 22 and four years in prison. They were found guilty of the crimes of unlawful deprivation of liberty, torturing, illegal home invasions, theft, indecent exposure, rape, and murder.

In that sentence, it was proved that the Argentine Army had used methods of extermination during the dictatorship, especially in what became known as Death Flights (called Vuelos de la Muerte in Spanish) in which military planes threw tied people from a great height, into the sea or into the Plata River.

The sentences concluded on July 6 were part of the verdict considered the biggest trial in the history of Argentina, the so-called ESMA mega-cause with 54 convicted in all for the crimes committed against 789 victims, exclusively dealing with the Death Flights operation.

“To the great credit of the Argentine people – the Madres, the Abuelas, and many others – Argentina has since led the way in condemning the awful crimes that were perpetrated and punishing the guilty”, added the renowned American analyst, considered “father of modern linguistics.”

People who forget their past, are forced to live it again
Un pueblo que olvida su pasado,
está obligado a vivirlo nuevamente. 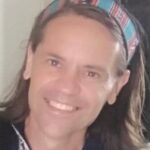