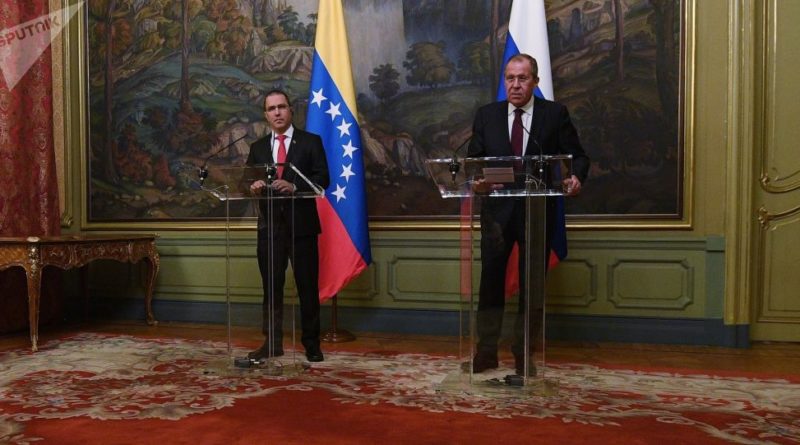 The meeting was held behind closed doors.

Lavrov intervened earlier in a conference on disarmament and participated in the session of the Human Rights Council of the United Nations.

As reported by the Russian Foreign Ministry in a statement, during their meeting on the margins of the 43rd session of the UN Human Rights Council, Lavrov and Arreaza examined the situation in Venezuela and assessed the impact of the sanctions.

RELATED CONTENT: Chancellor Arreaza at the UN: “US Blockade on Venezuela Has Caused $120 Billion in Losses”

“The parties reviewed the main issues on the bilateral agenda and stressed the importance of finding political solutions to the contradictions that exist in Venezuela, and also denounced the pernicious influence of unilateral sanctions on the humanitarian and social situation in the Caribbean country,” the note says.

The Russian and Venezuelan foreign ministers also highlighted the high level of cooperation of their countries in international organizations – particularly in the UN Human Rights Council – and pointed out the inadmissibility of politicizing the human rights movement.

RELATED CONTENT: Video of the Meeting Between Venezuelan and Portuguese Chancellors in Geneva (TAP Airlines)

The Russian Foreign Minister said his country “is willing to provide its full support” to the work of the Dialogue Table, which includes the government of President Nicolás Maduro and an opposition sector, according to the Venezuelan Foreign Ministry.

Lavrov visited Venezuela on February 7, where he met, in addition to Arreaza, with Venezuelan Vice President Delcy Rodríguez and President Nicolás Maduro.

Venezuela has faced a political crisis since the beginning of last year, when the opposition figure Juan Guaidó proclaimed himself interim president in an attempt to expel Maduro from power.

For Maduro, Guaidó is a US puppet.

On February 6, Washington threatened to impose more sanctions on Caracas.