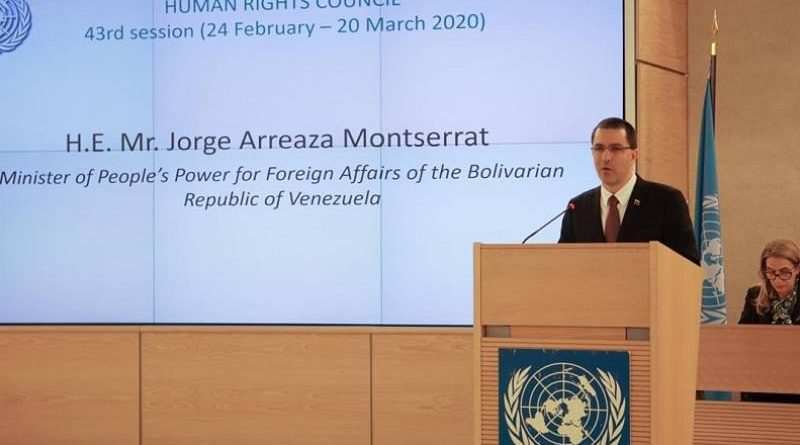 During his participation in the 43rd Ordinary Session of the United Nations Human Rights Council, which took place on Tuesday, February 25 in Geneva, Switzerland, Foreign Minister Jorge Arreaza denounced the consequences suffered by the Venezuelan people for the sanctions imposed by the US regime.

During his speech, Arreaza emphasized the losses that these actions have caused the nation.

RELATED CONTENT: Video of the Meeting Between Venezuelan and Portuguese Chancellors in Geneva (TAP Airlines)

He also stressed that “these actions of economic terrorism have generated losses to the country that already exceed 120 billion dollars. To this is added the dispossession of valuable assets of the Republic and the blocking of resources of Venezuelans abroad.

He bluntly pointed out that ordinary Venezuelan people are the most affected by these US illegal sanctions.

“They cause severe social injuries to the population of Venezuela, negatively affecting the entire range of human rights,” he said.