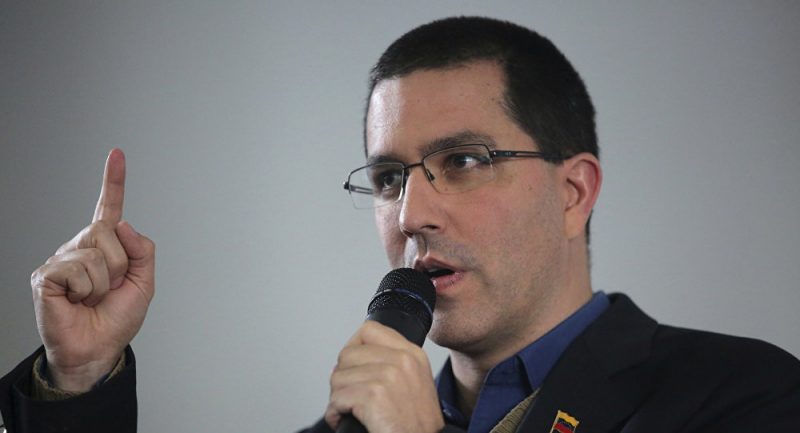 Venezuelan Foreign Minister Jorge Arreaza urged the Government of the United Kingdom to take care of the needs of its own country and avoid interventionist actions against the Caribbean country.

“The British people must be disappointed in their Government, who have been unable to fulfill their obligations, the United Kingdom does not need an interventionist government, but one that addresses the most felt needs in your own country and that takes you away from the path of political chaos,” Arreaza wrote on the Twitter social network.

Arreaza reacted like this to the Twitter post of the United Kingdom’s minister of the Exterior, Jeremy Hunt, that questioned the recent measures against the opposition deputy Juan Guaidó and the arrival of Russian military to the South American nation.

“Disappointed to learn that the Maduro regime is imposing more unjust measures against Juan Guaidó, Venezuela does not need Russian military deployments, what it needs is to return to democracy through free and fair presidential elections,” Hunt said.

RELATED CONTENT: Is Washington Preparing the Groundwork for a Maiden Scenario in Venezuela?

Last February, the United Kingdom joined the countries that disowned the Venezuelan leader, Nicolás Maduro, and expressed its recognition of the opposition deputy Juan Guaidó, self-proclaimed president in charge of the country.

On April 2, the National Constituent Assembly approved the continuation of the prosecution of Guaidó requested by the Supreme Court of Justice (TSJ), to continue to a trial against him.

The highest court ratified the precautionary measures against Guaidó on April 1, among which are: prohibition from leaving the country, from disposing of and encumbering the assets of their properties, as well as blocking and immobilizing of his bank accounts or any other financial instruments in Venezuela.

In addition, the Supreme Court decided to apply a fine of 200 tax units, equivalent to 10,000 bolívares (local currency) or 3 dollars, for having violated the prohibition of departure against it on February 22.
On March 28, the Office of the Comptroller General of Venezuela decided to disqualify Guaidó for 15 years from the exercise of any public office, for not justifying the origin of the funds he has used in recent months to travel within and outside of Venezuela.