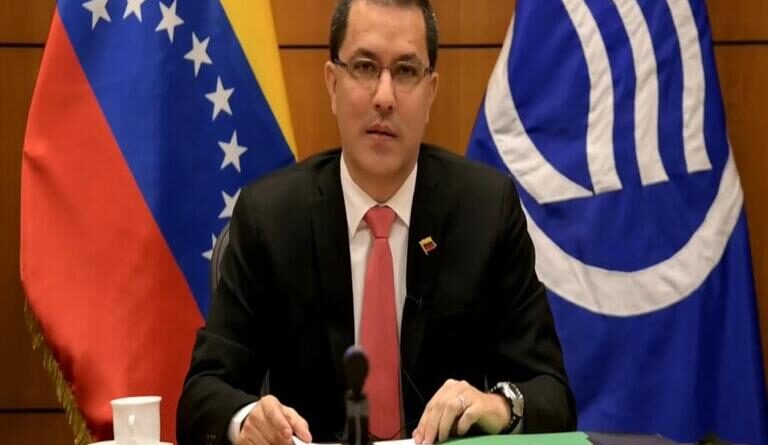 The diplomat made reference to an UNHCR publication that claims that the “UNHCR is looking for a country that could receive Venezuelan boxer Eldric Sella.” According to the statement of the UN agency, “Venezuelan Olympic boxer Eldric Sella, who is part of the Olympic Refugee Team (EOR) in Tokyo 2020, will not be able to return to Trinidad and Tobago. The immigration authorities of that Caribbean island nation have prevented his return because he does not hold a valid passport on which the entrance visa could be stamped.”

Arreaza rejected this as fake news coming from the UN body, which claimed that Sella was in “search of a country that could receive the boxer,” after the athlete had lost his debut fight in the ongoing Tokyo Olympics. Incidentally, his entry to Trinidad and Tobago entry has also been revoked recently.

Arreaza rejected this information coming from the UN refugee organization as false, and asserted that “this happens when #UNHCR acts out of political interests, without rigor. Eldric Sella is not a refugee, no one is after him. He can come home whenever he wants. He migrated to Trinidad and could not be granted a status for which he is not eligibe. UNHCR is using him ideologically against Venezuela.”

Eldric Sella, a 24 year old aspiring boxer, a resident of the 23 de Enero parish of Caracas, decided to emigrate to Trinidad and Tobago in 2018. In December 2020, Sella obtained a “scholarship” from the International Olympic Committee (IOC) to travel to Tokyo and fight in the 75 kg category, along with 28 other athletes who symbolically represented at the Olympics the 80 million displaced people in the world.

RELATED CONTENT: US Military Denounced for Violation of Venezuela’s Airspace

Sella lost by knockout in his debut in Tokyo 2020. He was defeated by the Dominican boxer Euro Cedeño.

In order for Sella to travel to the Olympics, UNHCR issued him a visa that would allow him to transit through the United States on his way to Japan. When, after losing at the Olympics and trying to return to Trinidad and Tobago, the immigration authorities of said country denied him entry. Consequently, UNHCR is now looking for a country that could host him, despite the fact that Sella can return to Venezuela whenever he wishes to, as there is no persecution whatsoever against him in his country.