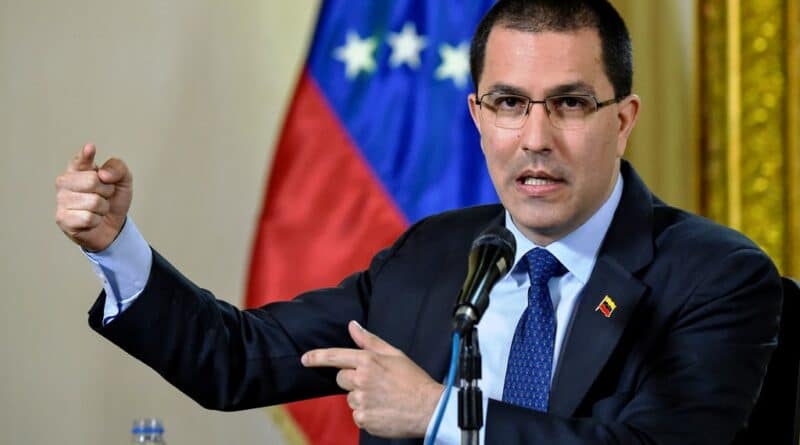 The Venezuelan Foreign Minister, Jorge Arreaza, affirmed that terrorism comes from Colombia and not from his country, after the president of that nation, Iván Duque, asked the United States to declare the Bolivarian Republic of Venezuela as a promoter of terrorism.

“Iván Duque, don’t be so cynical,” wrote Arreaza on Twitter. “You are in charge of a narco-government exporting drugs and violence. A factory of terrorists in power that has liquidated the option of internal peace, and sends mercenaries to generate violence and assassinate presidents in the region.”

Arreaza’s tweet must be understood in the context of destabilization and terrorists actions launched from Colombian territory against the peace of Venezuela, like the drone assassination attempt on President Maduro in 2018, the violent forced entry of alleged humanitarian aid from Cucuta in February 2019, Operation Gideon in May 2020, Colombian paramilitary violence in Apure state in February 2021, and more recently the Cota 905 gang violence in Caracas that was linked to Colombian paramilitary organizations.

We could also add to this list the unauthorized bombing of Ecuador in 2008, killing FARC leader Manuel Marulanda, or the killing of Haiti’s ruler Jovenel Moïse by mercenaries consisting mostly of retired Colombian military officers including the cousin of the National Security Advisor for Duque, Rafael Guarin.