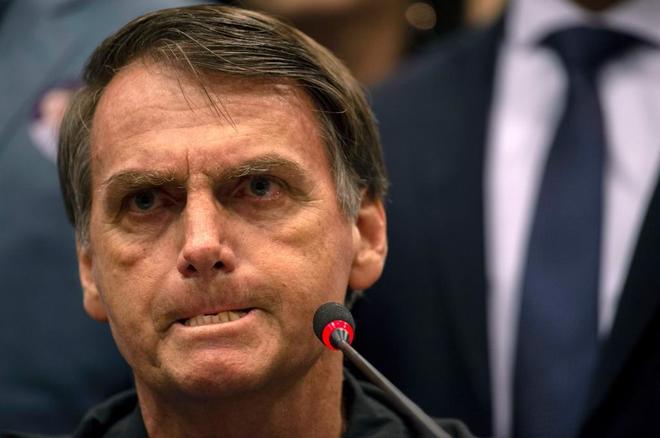 While Brazil remains the global epicenter of the COVID-19 pandemic, placed third in the world with respect to the number of infections, and as a dangerous variant of the virus threatens to claim more lives in the country, President Jair Bolsonaro called “idiots” the citizens who are crying out for vaccines.

During the course of the pandemic, the Amazonian country has accumulated about 10.8 million infections and more than 261,000 deaths. On a global scale, it is the second nation with the most number of deaths from the virus, after USA.

However, in a public appearance this Friday, March 5, during his visit to the state of Minas Gerais, Jair Bolsonaro asserted that “there are idiots we see on social networks, in the press (who say) ‘go buy vaccines.'”

One day after Brasil hit record of daily deaths -1,910 – President Bolsonaro blasts lockdowns and calls “idiots” those who ask him to buy vaccines.
pic.twitter.com/RnvILuCA0r

The president then raised the tone of offense and insulted the public present, uttering that he would buy more vaccines “only if it is at your mother’s house.” In any part of the world, mentioning one’s mother constitutes one of the greatest insults that can be uttered among people.

This new act of disrespect on the part of the Brazilian head of state coincided with the day on which his country hit a record of 1,910 deaths from the coronavirus, in addition to over 71,104 infections in a single day. 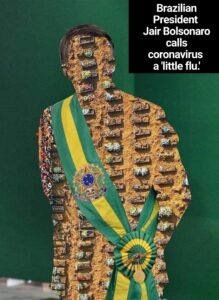 Who is the coward?

In his speech, Jair Bolsonaro repeated his usual criticism against the people or the sectors of the country who have followed the guidelines of the World Health Organization, staying at home to prevent the spread of the virus. He stressed that, unlike those citizens, others “did not flinch” to leave home to carry out their daily duties.

“Don’t stay at home, don’t be cowards. We have to face our problems,” was the recommendation of the Brazilian president for the people of his country. In his message he also asked, “for how long are we going to cry?”

The president of Brazil allowed some consideration for the elderly and for those who suffer from chronic diseases, but reiterated his concern about the fate that the country would suffer, in terms of the economy, if people stop their activities and stay at home to protect themselves from the pandemic.