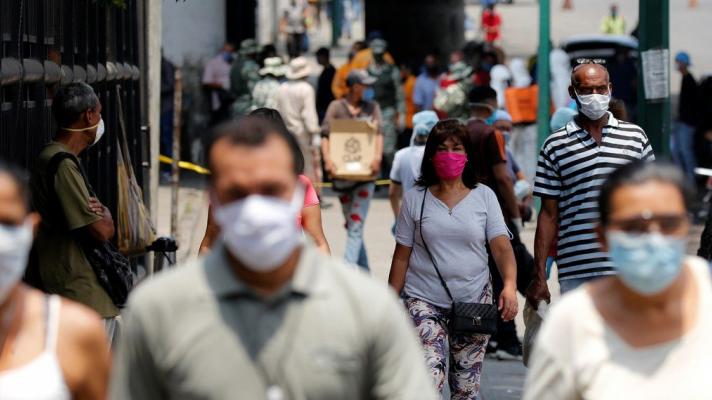 During a speech from Fort Tiuna in Caracas on Thursday, March 4, Venezuelan President Nicólas Maduro reported on the detection of the Brazilian strain of COVID-19 in Venezuela. So far the health authorities have identified 10 cases, distributed throughout the states of Miranda (two), Bolívar (six) and in the Capital District (two).

“It’s more contagious and more dangerous,” warned the Venezuelan president, adding that infected people are isolated in hospitals and the chain of contagion is being studied.

He emphasized that, following the data on the evolution of the pandemic in Brazil, this variant of the virus “first caused a collapse in the state of Amazonas and Roraima in December and January, and now it has collapsed [the healthcare system] in a third wave across Brazil.”

The Brazilian variant of the coronavirus, originally from the state of Amazonas, is three times more contagious than the predominant global strain, according to research by the Brazilian Ministry of Health. The main source of infections was found in Manaus between the end of December 2020 and the beginning of January 2021, when severity and the number of infections increased. Since then it has spread to other regions of the South American country.

President Maduro recalled that 15 days ago he warned of a strange case of COVID-19 in a worker at the Maiquetía International Airport, in La Guaira, for which studies were carried out that resulted in the discovery of the presence of the Brazilian variant in the Venezuelan capital and in an area of ​​the Miranda state. “We are trying to determine the magnitude with PCR studies in the places where these cases are,” he commented.

Venezuelan doctors and scientists received the president’s instruction to review treatment and biosafety protocols to address this new variant of COVID-19. Similarly, the Venezuelan government has already contacted the World Health Organization (WHO) and the Pan American Health Organization (PAHO). The call to the population is to collaborate in the task of cutting the chain of transmission, taking all precautions, and respecting all biosafety measures.

Featured image: 10 cases of the Brazilian strain of COVID-19 have been detected in Venezuela (Photo: File).