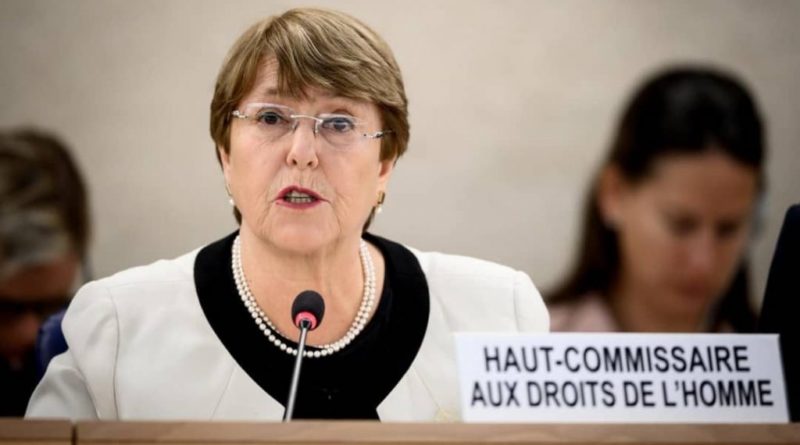 The United Nations High Commissioner for Human Rights, Michelle Bachelet, presented on Tuesday at the headquarters of the UN Human Rights Council in Geneva, Switzerland, a new update of her report on Venezuela. Although she maintained her criticisms and observations against the Venezuelan government, she expressed her concern about the imposition of new unilateral coercive measures against the country by the United States regime, which undermine fundamental rights of the Venezuelan people. She also expressed approval for the dialogue between government and opposition.

In the oral update on the situation of human rights in Venezuela, in the context of the 43rd session of the Human Rights Council, the High Commissioner especially referred to the “sanctions” against the Venezuelan airline Conviasa and the state oil company PDVSA.

These measures, she warned, reduce the resources of the national government for social spending, which more than 70% of the country’s budget relies on.

She also pointed out that the sanctions have hindered the transfer of resources for treatments, highlighting problems such as the situation of Venezuelan children in need of transplants. “Until today, 38 are still on the waiting list in Venezuela and six are still awaiting treatment in Argentina,” she said.

Bachelet also supporteded the process of political dialogue that drives the Venezuelan government with opposition sectors. “I hope that the necessary political agreements can be reached for the renewal of the National Electoral Council and guarantee inclusive, transparent elections,” she said in the text of the report presented by the commissioner.

On the other hand, Bachelet maintained her criticism of alleged violence and harassment against journalists, protesters and opposition leaders in Venezuela, in her opinion “accompanied by a rhetoric that stigmatizes the victims.” She blamed it on security forces and government supporters.

She also said that, since January 5, Venezuelan security forces have allegedly hindered the access of opposition deputies to the headquarters of the National Assembly, without clarifying the situation after the election of Luis Parra as the new president of the legislative body.

The high commissioner also criticized the draft legislation to sanction human rights organizations that receive financing from abroad, which aims to curb those entities that receive funds from foreign governments, particularly the US, to intervene in internal Venezuelans affairs and serve as a front for the US Department of State.

Since 2014, more than 300 unilateral coercive measures have been adopted from the United States affecting the functioning of the economy and undermining the human rights of the Venezuelan people. Recently a former UN Human Rights Rapporteur stated that US sanctions are responsible for at least 100 thousand deaths in Venezuela.

Consequently, there has been an abrupt decrease in the national oil revenue of Venezuela, which has gone from about 42 billion dollars in 2013 to 4 billion in 2018.

The US administration announced last February new unilateral coercive measures against Conviasa, in an attempt to hit the Venezuelan company that provides a public service for both the Venezuelan people and international passengers.

The UN High Commissioner for Human Rights also noted the impact of strict scrutiny on the financial sector, which continues to impact public services and the general population of Venezuela as a result of these measures contrary to the Charter of the United Nations.