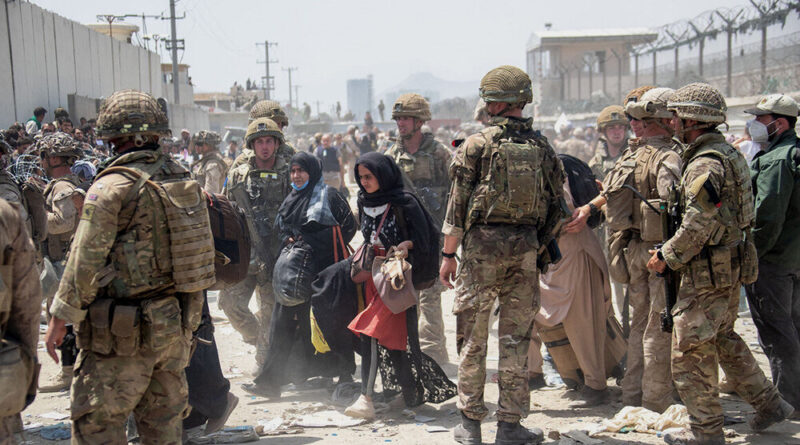 The Black Alliance for Peace (BAP) Solidarity Network’s Afghanistan Committee has produced a detailed timeline demonstrating the United States is responsible for the crisis in Afghanistan, and that the mainstream media helped fuel the situation.

This resource for the media, activists and the public traces the events from July 2019 to August 2021 that led to the poorly executed U.S. withdrawal from Afghanistan, which further wreaked havoc for the Afghan people and violated their right to self-determination.

“U.S. leaders and media act as if the social crisis and reactionary violence in Afghanistan is something new,” says Afghanistan Committee member Zach Kerner. “But the reality is this turmoil is a direct result of U.S. aggression and policies over the past 40 years.”

Less than a month before U.S. military forces were set to “withdraw” from Afghanistan, the U.S.-backed government collapsed and the Taliban assumed control, establishing the Islamic Emirate of Afghanistan. Then U.S./NATO military forces all but fled the country and a major refugee crisis ensued. Unfortunately, the U.S. mainstream media only began focusing its attention on Afghanistan in August.

“Members of the Afghanistan Committee have been collectively committed to understanding and keeping up-to-date with U.S. warmaking and meddling in Afghanistan, well before the recent withdrawal,” says Afghanistan Committee member Frances Hasso. “This is why we do not believe U.S. ‘forever wars’ will end here. This recent timeline of U.S. statements regarding its role in Afghanistan provides much needed historical context.”

The BAP Solidarity Network encourages activists and organizations to study this timeline to help them further understand why the United States and its allies bear responsibility for the situation. The network hopes the developments in Afghanistan will inspire more resistance to the U.S. occupation in Iraq, Syria and elsewhere around the world.

Since February, the Solidarity Network’s Afghanistan Committee has produced monthly newsletters, as well as press releases, fact sheets and a well-received webinar, all of which can be found on BAP’s Afghanistan resources page.

Featured image: U.K. armed forces work with the U.S. military to evacuate eligible civilians and their families out of the Afghanistan. (MoD Crown Copyright via Getty Images)