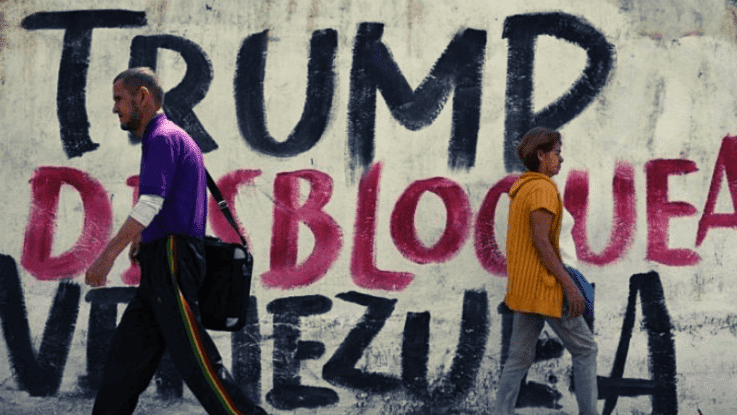 In the rankings usually published by both the IMF and BM, the Iranian economy is usually among the largest economies in the world. It is not yet among the first 20. It ranks 25th in the IMF ranking in terms of GDP size and 27th in terms of purchasing power parity. But it is the third largest economy in its region, the Middle East, second only to Turkey and Saudi Arabia. In 2005, the American investment firm Goldman Sachs included it in its list of the next 11, that is, economies of the world destined to become something like the future BRICS for 2030.

This may not be a dazzling story when compared to China or India, but it is still sobering if one takes into account that it is a country sanctioned, permanently blocked and harassed by the United States, at least since 1979, when the Islamic revolution took place that overthrew the pro-American and pro-English “Shah” dictatorship.

And it also suffered a devastating eight-year war (1980-1988) with its neighbor Iraq, ruled by the then US ally Saddam Hussein, which led to losses of about 500 billion dollars and more than one million human lives, many of them victims of chemical weapons that the Iraqis, advised by the Pentagon, used with impunity.

Iran has also been subject to innumerable terrorist acts and sabotages, both by the CIA and Israel, which includes infrastructure damage to the murder of scientists and political leaders.

Another fact is that as with the Venezuelan economy, Iran depends more than 80% on the oil industry for foreign exchange. And it is not less important, because although it is true that Iran has reached a high degree of industrialization and in some cases diversified exports, in general, its growth and economic development is directed to its domestic market, given the obstacles the blockade and sanctions imposes on them, taking advantage of the comparative advantage of having oil.

And when we say sanctions we are saying it in its broadest sense. In 1979 the United States imposed a commercial exchange ban. And in 1995, it included the country in the list of those who supported terrorism, thereby banning oil trade and investments in the Iranian oil industry from companies around the world, under penalty of US economic sanctions.

In 2006 and 2008, these sanctions (actually unilateral coercive measures) were toughened, to which UN resolutions and trade restrictions were added by the European Union.

In 2009, after the re-election of Ahmadinejad, coercive measures were extended to the banks and the assets of the members of the government. Thus, in 40 years, from the freezing of goods to commercial, financial and banking sanctions, through the embargo on weapons and oil, coercive measures have touched all the pillars of the Iranian economy.

And despite that, it is the 25th economy in the world and has even had the luxury of developing its own nuclear industry and owning one of the most powerful armed forces in the world

All of the above speaks to the case for two things: first, for what is assured by the US government regarding the effectiveness of its blocking and aggression measures to overthrow governments. Iran is a good example that they don’t work. As Cuba is.

In the cases of Nicaragua and Panama cited by John Bolton as examples of their effectiveness, it should be clarified that Noriega did not get ousted by US sanctions and neither did the Sandinistas: the first was deposed after a military invasion, while the second lost an election, elections certainly carried out under the harassment of the North American measures, but also and above all by the bloody civil war to which the country coordinated by the CIA and carried out by bloody paramilitary groups that also enjoyed the complicity of neighboring Honduras and El Salvador. It is worth remembering that the Nicaraguan civil war originated from the non-recognition of the United States of the elections previously won by the Sandinismo in 1984.

But it also speaks to the case because it is not true that there are no alternatives to the blockade and that it has to be conceived as a curse or block before which one can only surrender or get used to living in hardship. Iran is perhaps the best example of that.

But even in many aspects of Cuba the same can be said, it might not be an economic power, but that in terms of health services and education it is a vanguard worldwide, as it is a power in sports. The state of these sectors in Cuba is far from the deterioration observed in our country, since Cuba has infinitely fewer resources and nobody can say that it has not been sabotaged, that it does not have a dissociated and mafia opposition or that there are no infiltrated agents, etc.

In this regard, in the case of Iran, it is clear that its commitment from the beginning was to develop internally its productive forces, but thinking of the domestic market and leveraged by its oil export. That is to say, post-futurist prejudices and useless bets were stopped upon the arrival of foreign investments that for various geopolitical and geoeconomic reasons were not going to arrive, but that less would be done in the context of suffocation to which the United States subjected that country forty years ago.

Quite the opposite of what Venezuela is doing at the moment, whose economic policy has been determined to contract the domestic market even more by contracting wages at their lowest level, wanting to “seduce” investments that have never arrived and will never come, unless like crumbs and looking to buy at auction price because they are aware of the degree of despair. To make matters worse, the oil industry, a single and secure source of foreign exchange earnings, has been deteriorated to an inconceivable level, not to mention the electrical system, whose current state in Venezuela is a giant limitation to any attempt at recovery and further development.

Anyway, given the picture that this second semester of 2019 fires at us, the question that needs to be asked is not what else will the US government do or if at some time it will lift the measures that we ask for by tweets, communications and marches. The answers to these questions and requests seem obvious at this point. The question that needs to be asked is what the Venezuelan government will do from now on: will it continue betting on the same devaluing and contractive recipe that not only does not give it the expected results but also reinforces the external asphyxiation, suffocating the internal even more?

In fact, the general position of the Venezuelan government with respect to the blockade must change radically: until now it consists in assuring defiantly in the morning that “nothing the empire does will stop the march of the revolution”, only to lament in the afternoon that it cannot do anything because the blockade of the empire does not allow it. And this applies on all fronts, but especially the economic one.

A fact that motivates on this: according to the BCV, the contraction until the third quarter of 2018 is 52% of GDP. The IMF projects 35% for 2019 and ECLAC 23%. In our estimates, the ECLAC looks more realistic, but not counting the tightening of the blockade. Taking the least bad of the cases we would be talking about 70% of the GDP lost in six years at the end of it. It is easy to say, but it is hard to think of such a scenario. That has not happened even in Syria, a country under a beastly terrorist war. By the way, Syria after defeating the terrorists has already begun to grow, a little and still in conflict, but it has began the recovery, why can’t we do the same?