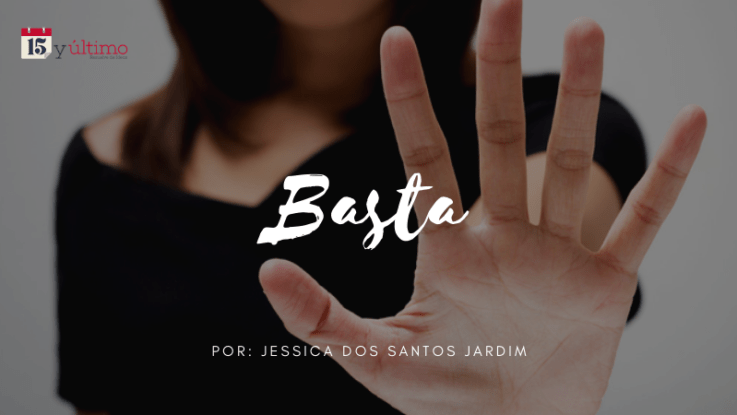 Days ago I knew that the daughter of a neighbor is being the victim of endless abuse by her husband because “without him, in the midst of this crisis, I would not have a way to financially support my home, because I earn a minimum salary and he is the one providing, especially the girl’s medications. ”

At the same time, a former coworker is struggling to have a greater child support from her children’s father because the law established a percentage (%) of her fixed salary, but her real monthly earnings comes from the informal work that she does although she can’t prove it.

Meanwhile, every day there are more and more friends that have had to abandon their attempt at economic independence to devote themselves fully to the tasks of home and motherhood: not as an option (very valid, of course) but as an imposition (since paying for childcare, for example, is a difficult feat to achieve).

In this way, the economic situation has an increasingly disproportionate and differentiated transverse impact on the lives of women.

At the beginning it was the shortage of supplies for menstrual hygiene (sanitary napkins, etc.), followed by the high cost of contraceptive methods (something that goes from bad to worse), the pregnant women’s turn came, and today macho violence (as a whole) is the one that sets the tone.

In this regard, the Venezuelan State has not provided official figures for a long time.

The last thing we knew was a brief statement by General Attorney Tareck William Saab in December last year (when our pressure caused the feminicide of the Venezuelan dancer Mayell Hernández to be positioned on the media agenda):

“During our administration, 96 cases of femicide were admitted: 85 alleged perpetrators were deprived of liberty, 78 allegations and 73 accusations were made,” he told us, without any of this being reflected in detail anywhere afterwards.

What happened before? What came next? What is the status today? Should we wait for a new murder to get an update?

Today for the authorities it is easier to talk about a National Humanized Childbirth Plan (which unfortunately does not have the scope we would like and that they have tried to show us on television) or bonds (which are fine, but they do not yield enough even to pay for diapers).

Meanwhile, some of us engage in debating whether to say “nosotras” “nosotros” or “nosotres” (language gender issues in Spanish) or believe that dismantling the concept of romantic love is more urgent than this reality that engulfs us: they are killing us, even those who have the concepts (theory) very clear.

Let us mention just one case: In May, Melissa Sidney Arcila Ruiz was killed by 12 stabs by José Gregorio Pérez, her ex-partner for a year (father of her 2 children).

Melissa had been denouncing her assailant for the same 12 months, who had already fractured her nose in two previous beatings.

What was the treatment received by the authorities? According to her relatives, since the inattention because “we have no ink to print the restraining order”, through “you have to bring the bruise, the wound”, to stop and then release the guy only a few hours later.

In 2014, we fought hard to criminalize femicide and suicide inducement and this action allowed us to begin to make visible the numbers of cases of gender-based violence.

I remember that the calculations showed that between 2015 and 2016 every three days a woman died for these reasons. How many die today? Because, I don’t know about you, but at least I find out about a new case every day (many, many, with previous complaints).

Likewise, a superfluous journalistic review allows us to visualize at least 13 femicides in June and a similar amount in July (although the press still speaks of “crimes of passion”). Most of these cases occur in the private sphere, and those responsible are the partner or former partner.

At the same time, a simple media check (which many of us have been doing and denouncing for some time) allows us to count that more than 40 Venezuelans have been killed abroad, after being entered into trafficking networks.

Could it be that so much fatuous vision is trying to tell us that it is time for us to withdraw from the public space, to go back home, to keep our mouths shut because we look prettier or at least we see each other?

Today, along with having to solve the endless problems of daily survival, we have to raise a new agenda of struggle, even in the midst of whatever difference, to prevent these things from happening. We must meet again in activism.