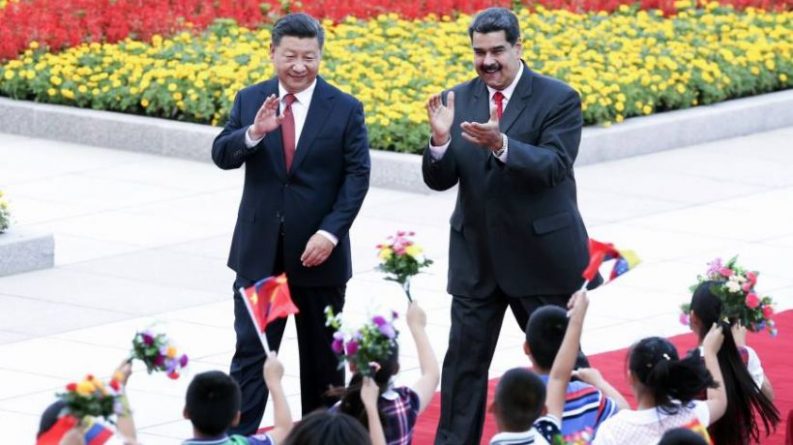 Not surprising in what he has called “the road map”, with which he tries to generate international confidence around his figure beyond the areas of influence of the United States, the leader of the coup highlights the importance of China for Venezuela.

The government of Xi Jinping has maintained its position of support for Caracas and the constitutional president Nicolás Maduro, expressing it emphatically in various international bodies such as the UN Security Council and in the last meeting of the IDB, where it rejected Guaidó’s emissary, Ricardo Hausmann. In its capacity as host, China suspended the event by noticing the irregularity that was about to be committed.

In the article, Guaidó says that “China is the largest importer of oil in the world and Venezuela has the largest oil reserves in the world, only for these two reasons, the economic relationship between our two nations will grow, it is an inevitable fact.”

Guaidó complements China,  trusting that China “will contribute as the great power that it is, to facilitate the political transition we need”. “The time has come for Beijing to add its voice to this chorus.The presence of China has grown a lot in the region in these years and it is also in its interest to contribute to a climate of peace, stability and well-being to which we aspire in this part of the world”, he said.

The article shows Guaidó’s need to drag support out of the Asian giant, given the geopolitical weakness of the United States , exposed as it can not crystallize the change of regime.

RELATED CONTENT: Back to the US: IMF Directors Do Not Recognize Juan Guaido

This article had as a prelude a statement in perjury of the “military intervention”, which raised enormous criticism and complaints. In the words of Guaidó “since the opposition has never put the military option on the table”, in his twisted opinion “the only one that can authorize a mission and foreign intervention is the national Parliament (in contempt), which eliminates any possibility of military intervention”, he said.

Guaido took the opportunity to condemn the presence of Russian military personnel in Venezuela, demanding their retirement in clear synchrony with White House officials. A contradictory movement, given that the alliance between China and Russia is strengthened as the Trump administration imposes sanctions and unfair trade policies.

On January 9 of this year, the National Assembly in contempt, presided over by Guaido, declared null the oil contracts signed without its “approval”, among which would be those reached with China.