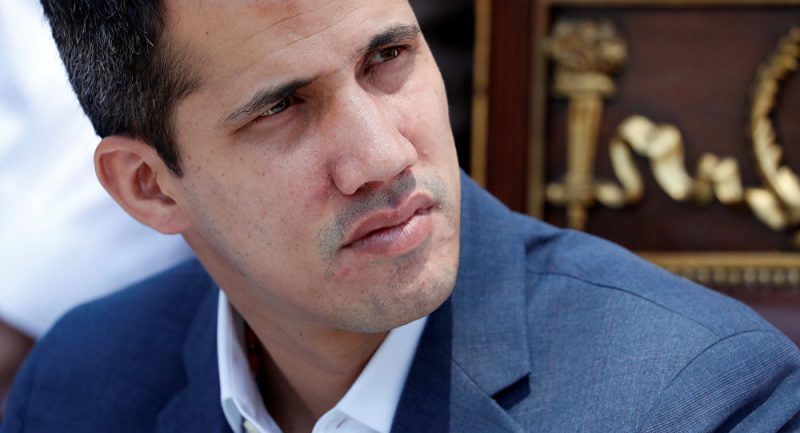 16/Abr/2019.- Juan Guaidó, or rather the “character” Juan Guaidó, has been and continues to be in many ways an unknown to most Venezuelans, political scientists and journalists.

Juan Guaidó is a 35-year-old engineer, graduated from the Andrés Bello Catholic University, who was elected president of the National Assembly, with an opposition majority and considered in contempt by the Supreme Court of Justice, on January 5.

Before that date, as the journalist and international analyst Miguel Ángel Pérez Pirela points out in conversation with Sputnik, “he was a total unknown to more than 80% of Venezuelans, and from then on it became one of the most bizarre political ‘marketing’ packages that the US has created.

“It is a communicational phenomenon created to measure for the objectives in Venezuela and for those who had previously bet on other characters who have flamed out one by one”, warned Pérez Pirela.

The analyst refers to Freddy Guevara, the second in command of Voluntad Popular, who was vice president of the National Assembly and today finds himself  a refugee in the Chilean Embassy, facing trial for his role as one of the main leaders of the violent riots in 2017 known as guarimbas.

There is also the case of Yon Goicoechea, arrested in 2016 by security forces who claimed to have found a kilo of explosives in his vehicle. And that of David Smolansky, former mayor of Voluntad Popular in the municipality of El Hatillo, sentenced to 15 months in prison after these same guarimbas and who currently remains in exile in the US.

All of them are known as the ‘Generation 2007’. According to journalists Dan Cohen and Max Blumenthal in the Grayzone Project media, it is “a specialized cadre of activists for the change to US-backed regimes”, funded by the Center for Action and Non-Violent Applied Strategies (CANVAS) and of the National Endowment for Democracy (NED), an appendix of the CIA that functions as the main arm of the US to promote changes in government.

For Diego Sequera, researcher of the web portal Misión Verdad, “this generation was prepared to perpetrate Revolutions of Colors based on the same format of ‘soft blow’ or ‘soft coup’ devised by Gene Sharp (political scientist and American writer) following the strategy of nonviolence”.

The war in the 21st century is done differently. Now the psychological, social, economic or political weapons matter more. That is the style manual of the ‘Non-conventional War’ or ‘Fourth Generation War’ on which Sharp’s doctrine is based and which is what is being tried in Venezuela following other successful models such as Libya or Ukraine.

But for Sequera, Guaidó “is not the last in line (behind his colleagues from the ‘Generation 2007’) nor the properly desperate option.” For the Venezuelan analyst, “in aesthetic terms, Guaidó has that man of the people face and that semiotic ability to empathize with an average Venezuelan.” He does not have that sifrina imprint (high class, cheeta, strawberry, pija in Venezuelan slang) that other characters like Guevara or Smolansky have, it’s easier to cover it up like that.”

To understand why Guaidó, and not another, is the one chosen to star in the last months of Venezuelan political news, also goes through a second level, according to the researcher: “Guaidó is the protege of Leopoldo López, he would be the president of the transition and López the president of ‘Venezuela libre’,” he explained.

However, the reality is showing, according to Sequera, that “this is not going well because there are conflicts between them, and for the US, the only figure that is not sacrificial, that can not be thrown away is Leopoldo; Guaidó is a political speed bump on the ground, so that later it is Lopez who assumes (power), ” he said.

The reality is that almost three months after Guaidó proclaimed himself president in charge of Venezuela in a public square in Caracas and promised the resignation or departure of Nicolás Maduro from power and the convocation of free elections, nothing has changed in the country. The media expectation, boiling during the first weeks of the year, has disappeared.
For Miguel Ángel Pérez Pirela, Guaidó “is a kind of American Forrest Gump that they put to run in the big leagues and that has given the performance of his life because, even though the private, national and international media do everything possible to elevate him through media, Guaidó has been deflating with the passing of days and I would dare to say that his time is running out.”

And he continued. “After so many promises, of so many ‘D-Days’, definitive days that have been a fraud, his followers no longer believe him and even though the media has a very big impact on politics, in the end the media can not replace reality,” said Pérez Pirela.

It is curious how this evolution of the days without concrete actions on the part of the opposition, have even influenced the way journalists name Juan Guaidó. Many “militant” pro-change reporters have gone from calling him “president” both privately and in public, to designate him as “the engineer”, “the promising opposition leader”, or simply “Juan”.

“This lightning operation has fallen by its own weight,” said the journalist. “Soon it will not only be talking about Guaidó as a “35-year-old engineer, but that Guaidó will no longer be talked about” he concluded.

The reason for this end has its origin, according to Diego Sequera, in “several errors of calculation.” “The plan was conceived with a very short-term logic and they did not think of a plan B. There is improvisation on the ground and conflict between the power operators, for example, Elliot Abrams, US representative for Venezuela, and Marco Rubio, Republican senator from Florida, do not agree and publicly expose their differences on a possible military intervention,” he said.

Following this logic, to understand why Guaidó has stopped generating headlines and is at his worst point of disinterest at the international level, we must take into account how other characters of the strategy have acted, such as John Bolton, National Security Adviser USA, Mike Pompeo, secretary of state, and Mike Pence, vice president.

“They believe that by naming reality, reality is created,” says Sequera. And he continues: “It is a neoconservative constant: they believe that they create realities and that is a madness seen from any point of view”.

To all this we must add the profound Venezuelan cultural keys that mark the character and idiosyncrasy of the country and Chavismo, deeply rooted in a very important sector of society increasingly more and better organized.

Another important point to take into account and that would explain the defeat of Guaidó: the self-proclaimed president of Venezuela spoke to the convinced. This is what Sputnik points out to the analyst Pérez Pirela: “It is a political ‘marketing’ whose ‘target’ is not the ordinary Venezuelans of the province, the interior, or the poor sectors of western Caracas, although the Guaidó personality tried to do the opposite, it was not achieved.

Again, “it was created for the sectors of the upper middle class, who are the ones who finally come out to protest in the wealthy areas of the capital, Juan Guaidó has not raised the Venezuelan people,” he said.
It is Holy Week and Guaidó is touring the country. For weeks he has announced it as an important part of what he has called ‘Operation Freedom’, his road map for the “cessation of usurpation”, the leaving of Nicolás Maduro.

So far he has been in the states of Zulia and Falcón.  He has not occupied any headlines, neither national nor international. These are holidays in the Caribbean country and the posadas hang the ‘Complete’ sign.