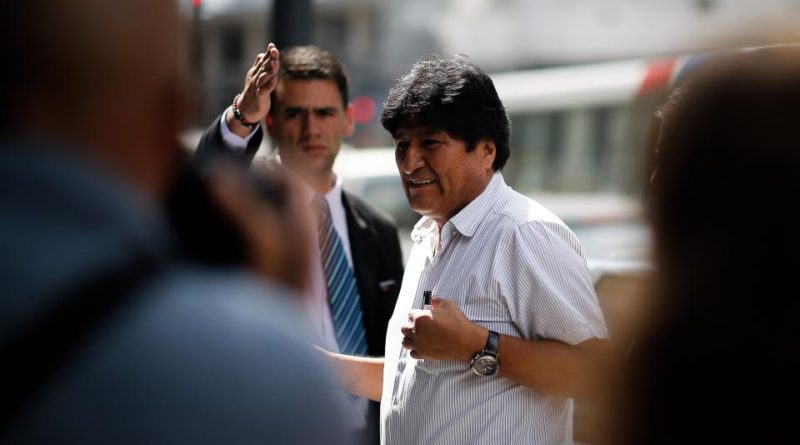 Andrónico Rodríguez is the polls’ favorite, for future elections

In his role as campaign manager, Evo Morales will meet on December 29 in Buenos Aires with party leaders to start defining nominations.

Andrónico Rodríguez, for many, the political heir of deposed president Evo Morales, and former right-wing president Carlos Mesa, are the candidates who lead the intention of vote in the face of the next general elections. The survey also reveals that both the coup player Luis Fernando Camacho and the president of the Civic Committee of Potosí, Marco Antonio Pumari, descend in intention of vote. For the vast majority of respondents, it would not be correct for the de facto government president, Jeanine Añez, to run. The data comes from a survey conducted by the Markets and Samples consultancy for the newspaper Página Siete . With the axis set on the presidential ones, Morales confirmed that he will meet on December 29 in Buenos Aires with leaders of the MAS to start defining candidates.

Andronico Rodríguez, cocalero leader like former president Evo Morales, has 23 percent of voting intention. Mesa, second in the last elections last October, stands with 21 percent. The next elections will be the first since 2002 without the participation of former President Morales, who is in Argentina as a refugee.

The survey also allowed choosing a list of the best profiled figures for the MAS candidacy. These leaders include, in addition to the aforementioned Andrónico Rodríguez, Luis Arce (former Minister of Economy), David Choquehuanca (former chancellor), Eva Copa (current president of the Senate) and Adriana Salvatierra (representative of the hard line wing of MAS).

Rodriguez was already proclaimed as a candidate by the coca growers of the Tropico of Cochabamba, political bastion of the leftist party. “We must make power return to the people and we must strengthen the revolutionary spirit of youth in Bolivia, we must fight with great awareness in the streets and social networks,” said the 30-year-old leader.

In Shinaota, Cochabamba, a concentration of young people from the United Central Federation that took place on December 15 ratified its “unconditional support” for Rodriguez as “a leader referring to continuing with the ideology of integrating the country.” The leader participated in the meeting, and a day earlier he was in Buenos Aires to meet with Morales.

For his part, former Minister Luis Arce said last December 12 that he was willing to be a presidential candidate if the followers of the party want it. “I am honored, I am a soldier of the process and I am willing to contribute to maintain this revolutionary process,” Kawsachun Coca said in radio statements.

Former Foreign Minister David Choquehuanca, very close to Morales during his tenure, was also proclaimed as a potential presidential candidate of MAS. His candidacy is endorsed by representatives of peasant organizations from the 20 provinces of the department of La Paz.

Seven percent of the respondents profiled the president of the House of Senators, Eva Copa, as a MAS candidate. However, in the hard wing of the space they consider her “traitor” for having negotiated with the de facto government. Only four percent see Senator Cruzna Adriana Salvatierra, who position in the most radical wing of the MAS, as a candidate for the presidency with chances.

Last Saturday, the deposed president Evo Morales confirmed in dialogue with Radio La Red a meeting in Argentina to define the presidential candidate of MAS. Morales was responsible for clarifying on Twitter that on December 29 he will meet in Buenos Aires with leaders of the MAS to “evaluate and organize the great meeting where we will choose our candidates.” That meeting would take place in Salta, on the border between Argentina and Bolivia.

The survey also reveals that both the former president of the Civic Committee of Santa Cruz, Luis Fernando Camacho (who already confirmed that he will stand for the elections), and the president of the Potosí Civic Committee, Marco Antonio Pumari (who has not yet declared his candidacy), are falling in intention to vote. They reach 13 and 10 percent, respectively.

This decrease in the share for candidacies of Camacho and Pumari is recorded after the filtering of an audio in which both civic leaders are heard negotiating their joint candidacy in the elections. In it, Pumari asks Camacho for 250 thousand dollars and the control of two customs in exchange for being his ticket partner.

Finally, the de facto government president, Jeanine Añez, would reach nine percent of the intention to vote, but an overwhelming majority of respondents (67 percent) of people believe it is not right for her to run in the 2020 elections. Bolivia prepares to hold elections in which neither Morales nor his vice president, Álvaro García Linera, can participate. The Supreme Electoral Tribunal (TSE) of Bolivia has not yet set the date of the elections, which is estimated between March and May next year.