Bolivia, under constant threat of a coup, continues to resist attacks by right-wing political elements that do not accept the victory of Luis Arce as president. This week, the president warned that the opposition is planning to overthrow the national government. Faced with this circumstance, Arce called on social movements to defend the people’s vote.

President Luis Arce says that Bolivia will not allow another coup from those who lost at the ballot box. pic.twitter.com/PnRhfcQYGb

“They seek to overthrow the government of Lucho Arce. However, from the Chapare we say, alongside the Bolivian people, that we are not going to allow it,” the president said at a mass rally for supporters of Arce’s Movement for Socialism (MAS) party. 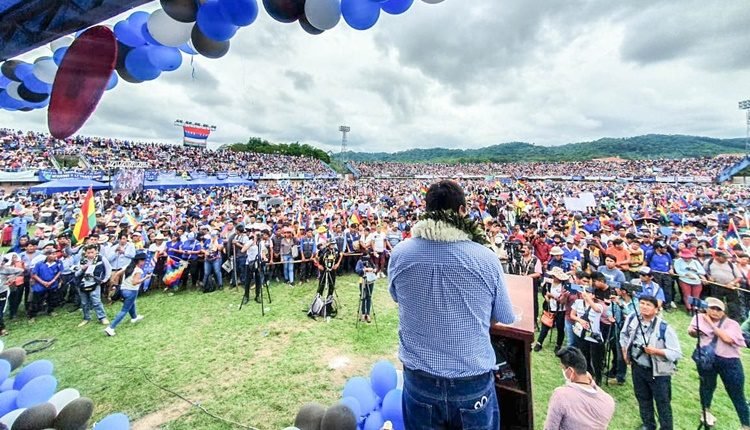 The statements were made after the opposition Potosinista Civic Committee called for protests, resulting in one death. Later, they declared President Luis Arce and Vice President David Choquehuanca as personas non-gratas.

For his part, President Arce declared that the coup is the only political tool of the Bolivian opposition. “What they did not earn through the elections, they want to take through the coup again,” Arce said. “It is simply the only mechanism they have. They have shown a total inability to manage the state.” The president recalled that political elements linked to Calvo were protagonists of the coup d’état in 2019.

“Our government is showing results, we are showing them what a government of the people is like. On the contrary, the right never knew how to administer the state,“ stated the president. The comments were issued just a few hours after Arce had presented statistics to Congress reflecting the many positive changes to the Bolivian economy in just one year since his inauguration.

Calvo, continuing to threaten to overthrow the government, insinuated that the opposition holds the recipe in their pocket already. “Take it into account,” Calvo stated, speaking about the 2019 coup d’état when police riots and military pressure culminated in the resignation of President Evo Morales, and the installation of a repressive de facto government headed by Jeanine Áñez.