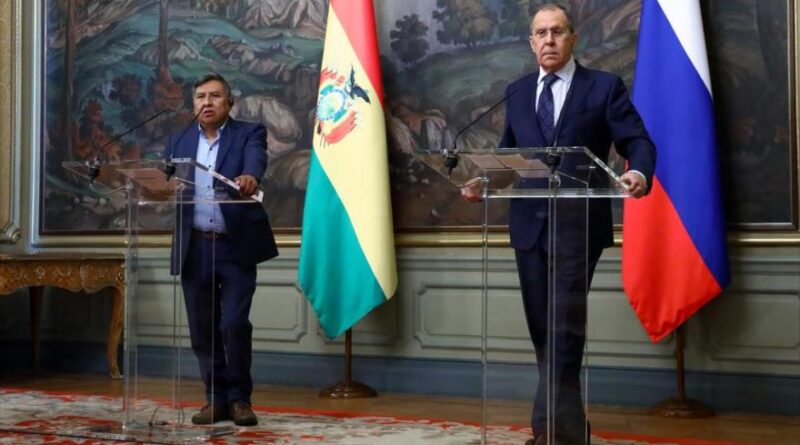 Senior diplomatic officials of Russia and Bolivia denounced US interference in Latin America and advocated for the end of the US blockade against Venezuela and Cuba.

On Friday, October 22, at a joint press conference held in Moscow, the Russian capital, Bolivian Foreign Affairs Minister Rogelio Mayta and his Russian counterpart, Sergey Lavrov, denounced the interventionist actions of the US and its allies in the sovereign countries of Latin America and the Caribbean, and demanded the lifting of the blockades imposed on Venezuela and Cuba.

Both diplomats stressed that the US is resorting to unilateral coercive measures in order to undermine the political systems, governance and development strategies of these sovereign countries.

During the meeting, high-level officials addressed various topics of mutual interest, such as health, energy, technology and others that contribute to strengthening the ties between the two countries.

Russian Foreign Affairs Minister Lavrov stressed that Bolivia is one of Russia’s priority partners in the Latin American region.

During his stay in Moscow, the Bolivian minister will meet with the authorities of the Russian Direct Investment Fund (RDIF), which is in charge of the commercialization of the Russian COVID-19 vaccine Sputnik V.

He will also meet the authorities of the Russian State Atomic Energy Corporation (ROSATOM), which has restarted the construction work of the reactor of the Center for Research and Development of Nuclear Technology (CIDTN) in Bolivia.

During the de facto government of Jeanine Áñez (2019-2020) in Bolivia, Russia and Bolivia grew distant. In 2020, after Luis Arce became the president, the two countries resumed their relations with greater emphasis, and have developed a broad line of cooperation in various areas with the aim of strengthening bilateral ties, ranging from nuclear energy plant construction projects to the supply of COVID-19 vaccines.