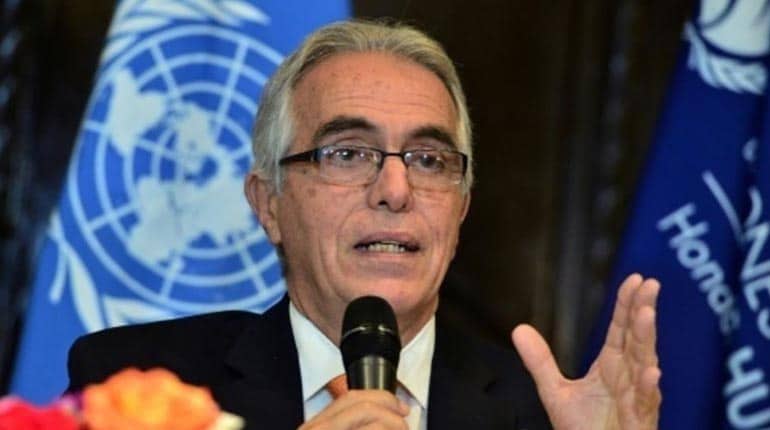 UN Special Rapporteur on the Independence of Judges and Lawyers, Diego García-Sayán, has just concluded a week-long visit in Bolivia to evaluate the country’s justice system, as many, including the government, regard there to be fatal flaws. García-Sayán published preliminary observations on Tuesday which can be found here.

We discussed the findings with Reymi Ferreira, a political analyst from Santa Cruz, and former Defense Minister in Evo Morales’ government.

How would you evaluate the preliminary statements from the UN rapporteur?
This preliminary report is very balanced. For me, there are four important findings;

1. The victims of the 2019 coup, of the massacres, still don’t have justice

2. There’s no evidence of political persecution under the current government. The whole narrative in the media is false, in reality, everyone’s rights are respected

3. There need to be changes in the way in which judges are selected. Everyone on every  side of the political spectrum would agree with this

4. Indigenous forms of justice should be strengthened

The issue of the victims of the coup is very important. I think the Interior Ministry and the Justice Ministry have done everything in their power, but the justice system is clearly not doing its part. We’re talking about 39 people killed. Over 800 people were arrested by the coup, 1,500 with political charges presented against them. It was a horrific year and by now there should be someone paying for it. There are a lot of people who should be charged but are not, some have charges, but their case doesn’t progress. This creates an atmosphere of impunity. The rapporteur could see this reality, he’s not someone from the government, he’s an independent observer.

During this process, the opposition has had meetings with the rapporteur to claim that they suffer political persecution, but those claims have been debunked by this preliminary report. The opposition has also tried to politicize the problems of the justice system, claiming that the government is responsible for the corruption among judges for example. The rapporteur clearly stated that the reforming of the justice system should be done by consensus and not in this partisan manner.

It seems that a common mistake is thinking that the lack of independence in the justice system means that it’s the government who is applying the pressure, when in fact there are other opposing interests exerting huge power.
The justice system in Bolivia doesn’t respond to political pressure, they respond to economic pressure. Corruption and bribes. Private interests win more cases than the state does. The judges in fact have too much autonomy, no one is overseeing their work, this is how criminals, rapists, and others end up walking free if they can stump up the money. There’s no control, if the state had control there wouldn’t be this problem. The judges only answer to the money of special interests.

What power does the right-wing opposition have within the justice system? Alvaro Coimbra, a Minister of Jeanine Añez, said today at his trial that coup leader Fernando Camacho is guilty of the crimes Coimbra is accused of, but that Camacho is being arrested because of the threat of destabilization in Santa Cruz.
Coimbra is right. It shows that the power of the government within the justice system is virtually zero. Lots of MAS lawmakers and even the government itself have attempted to bring charges against Camacho, but the justice system hasn’t done anything with it. Even in the case of Añez, of course, she holds responsibility for the coup, but she wasn’t the primary person behind it. She doesn’t have the intellectual capacity for such a thing. She was a puppet for people like Carlos Mesa, Fernando Camacho and Tuto Quiroga. Of course, Añez must still be held responsible, she signed off on all the measures that hurt the country and the people, but those three people I mentioned, who are the primary culprits of the coup, are free. They even had the gall to complain to the UN rapporteur. The judges are clearly afraid of opposition violence in Santa Cruz, but if we allow that then our whole justice system has been kidnapped by these elite groups.