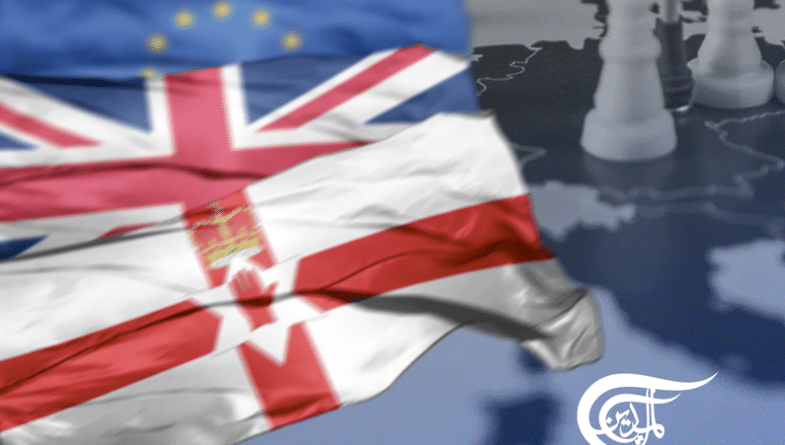 Brexit might be the catalyst to reunify Ireland sooner rather than later, but have no doubt reunification is coming.

When the British Parliament finally completed the negotiations with the European Parliament on Britain’s long-awaited departure from the European Union on January 31, 2020, for many the deal had been done, there were winners and losers but Brexit had been delivered.

The United Kingdom of Great Britain and Northern Ireland was now outside of the European Union, except it wasn’t.

The Good Friday Agreement signed in 1998 and endorsed by the people of Ireland, North and South, through two national referendums, agreed that the status of Northern Ireland would be decided by the people of Northern Ireland, at some as yet unspecified date. As long as the majority of the people in the North of Ireland (the colonial settler element) wished to remain part of the United Kingdom that was the de facto position of both the Irish and British governments.

The hitherto border which had operated on the island of Ireland between the two countries, when they were established in 1921 after Britain partitioned the island, would become to all intents and purposes invisible, with no physical presence.

The campaign of national liberation waged by the Irish Republican Army and the Irish National Liberation Army would cease as would the counter-revolutionary violence from the colonial settlers elements of the Ulster Defense Association, The Ulster Volunteer Force, and the Red Hand Commando.

We have had relative peace in the intervening 23 years but with little of the much-hyped peace dividend of prosperity reaching the poor, the underprivileged, or the working class. A small cohort of republicans continues a campaign of armed resistance against what they see as the ongoing colonial occupation of the North of Ireland by British imperialism while loyalists have refused to decommission their weapons and stand accused of drug dealing and criminality.

Brexit, the slow-burning fuse
By the slimmest of majorities in a referendum on Britain’s continued participation within the European Union, a No vote resulted in Brexit, a British exit from Europe.

While the majority of people in Scotland and Northern Ireland voted to remain in the European Union, it was the traditional Labour strongholds of the North of England and parts of Wales, both decimated by neoliberal government policies over 40 years, who pulled the plug and gave a vicious two fingers to the British establishment and voted leave in their millions.

A timescale was agreed for Britain to conclude its withdrawal negotiations and a Britain free from European red tape would once again rule the waves of economic and trade success, or so we were told.

The opposite appears to have happened, as inflation is fuelled by rising prices, petrol shortages, and empty supermarket shelves, combined with the ongoing restrictions in the labor market compounded by the Covid pandemic, Britain is reeling from its Brexit, exit strategy. The UK Parliament is now in a fishery war with France, at loggerheads with the European Union over the Northern Ireland Protocol and facing a bleak winter of discontent and potential strikes from its disgruntled workers.

The Good Friday Agreement
As part of the withdrawal agreement between the EU and GB, Northern Ireland was allowed to remain within the single European common market for trade purposes. Meaning no hard border/customs border on the island of Ireland.

It would also remain part of the United Kingdom of Great Britain and Northern Ireland for trade purposes thereby having the opportunity to operate in both sectors unhindered. A huge potential benefit to business in Northern Ireland.

A positive boom to the underperforming economy of the North of Ireland.

While unionist politicians actively campaigned to leave the European Union under any and all circumstances and initially voted in favor of the withdrawal agreement they have subsequently backtracked and the agreement now stands on a precipice of collapse.

While the majority of people in N. Ireland voted to remain within the EU and business is booming between the North and South, between Ireland and the EU, the east-west connection between Britain and N.Ireland is faltering.

The voters of Northern Ireland voted 55% Remain and 44% voted Leave.

Those who live here who demand to be as British as those in Brighton are like the Algerian or Lebanese who chose to be as French as the Parisians.

The colonial settler remnants that inhabit the North of Ireland have long held a veto over Irish reunification, have acted as a military militia both officially and unofficially over the centuries, and are now claiming that the Brexit withdrawal agreement which they were in favor of, has now magically somehow diminished their Britishness and they are fearful Brexit will inexorably lead to a United Ireland.

The writing is not only on the wall, it is on the birth certificates of the children who see themselves as the indigenous people who desire national reunification, but it is also increasing, as reunification draws near, on the minds and the lips of some, who might previously have been seen as wishing to maintain the link with Britain.

They have supported and enrolled in the British military occupation of Ireland, and now Northern Ireland, with official support through the regular armed forces and unofficial support through paramilitary organizations such as the Ulster Defense Association and the Ulster Volunteer Force, two protestant pro-British now illegal terrorist organizations who through campaigns of violence and collusion with British state forces have murdered, tortured, bombed and maimed the indigenous catholic Irish population in a campaign of counterinsurgency and extra-judicial murder, to include the assassinations of human rights lawyers, possibly at the behest of the British government itself?

These very same actors are now threatening to destabilize the peace process, withdraw from the GFA and return to using the gun to enforce the continued British occupation of Ireland.

As the Democratic Unionist Party in the North of Ireland, the largest political group representing the pro-union vote base, threatens to pull down the institutions, returning the North of Ireland to direct rule under the British Parliament, and sections of Ulster loyalism possibly connected to the Ulster Volunteer Force have hijacked and set alight several public transport buses costing damage estimated at 1 million euro, we can see how Ulster unionism, Ulster loyalism, and the British government appear to be in perfect political alignment.

The British government will use the leverage provided by the Democratic Unionist Party threat to bring down the region assembly at Stormont, coupled with the recent burning of hijacked busses and sporadic violence which loyalists have used to draw the indigenous population into conflict with the state, as the stick with which to beat the European Union.

While the American Administration (no friend to anyone) demands the Northern Ireland Protocol, which allows a trade border between Great Britain and Northern Ireland to remain in place, thus supporting no physical border on the island of Ireland as per the Good Friday Agreement, the EU will most likely stand its ground.

Britain threatens to enact article 16 and suspend the Brexit agreement. There is much at stake.

While the Unionists of Northern Ireland threaten the government and the loyalists threaten the peace, I wonder if we’ll finally see an end to the Union.

The people want an absence of violence. Political unionist rhetoric and loyalist violence have nothing to offer anyone except the recalcitrant few with many more voters and citizens turning away from yesterday’s men, espousing yesterday’s messages, and embracing a shared unified future.

Brexit might be the catalyst to reunify Ireland sooner rather than later, but have no doubt reunification is coming.

When “Israel” was created in West Asia through the Balfour Declaration of 1917, it was described in 1924 as ‘A little Loyal Jewish Ulster in a sea of potentially hostile Arabism’ by Lord Ronald Storrs First British Governor of Jerusalem.

The sins of the colonial fathers are being continued by their colonial sons both in Ireland and in Palestine. May peace be upon us both.