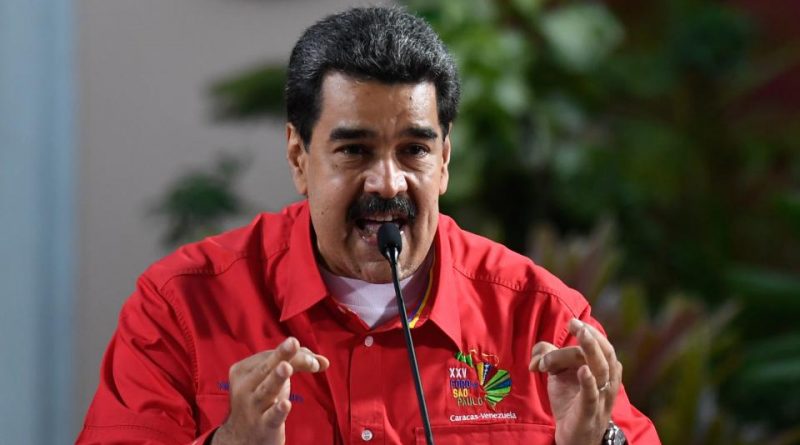 Maduro announced that he will not send his delegation to Barbados

Washington tightened its sanctions and placed Venezuela in a situation of total embargo similar to that of Syria, Cuba, Iran and North Korea. The government of Nicolás Maduro responded with the withdrawal of its negotiators in the process initiated with the opposition, facilitated by the Norwegian government.

From Caracas
The Venezuelan government announced Wednesday night that it will not attend the new round of dialogues in Barbados, scheduled for Thursday and Friday. The decision was taken by President Nicolás Maduro, who chose “not to send the Venezuelan delegation because of the serious and brutal aggression perpetrated (…) by the Trump administration against Venezuela, which includes the illegal blockade of our economic and financial activities.”

The resolution was taken with the margin of maneuver closed by the United States (US) after the presidential decree signed by Trump, and with statements by John Bolton, national security adviser, who attacked the dialogue processes. The Trump administration made it clear: it is not time to talk or open economic channels, it is time to seek the final assault.

Given that, the government’s options were reduced. One of the demands, perhaps the main one, was to reach an agreement with the US to lift the blockade. Washington’s response was the antithesis: to intensify to the point of placing Venezuela on the list of few countries that are in that situation of total freezing, such as Syria, Cuba, Iran and North Korea.

Europe and the US, unsynchronized

The turning point left the door open to higher levels of uncertainty and more tension. Indeed, the reaction of the European Union (EU) was to be cautious about the US unilateral decision and underline its commitment to dialogue. The International Contact Group (GIC), formed and led by the EU, with the participation of governments such as Uruguay, wrote: “A negotiated exit is still the only feasible way to overcome this multidimensional crisis.” (It is worth mentioning that this Contact Group has proposed elections as the only way out of the current political crisis and so has been rejected by Maduro’s government.)

Fears about the implications of the embargo are due to a central point: the presidential decree threatens companies and governments that do business with Venezuela. The American narrative is clear, the government must sink, and with it, the economy and the population if necessary to achieve the goal.

The misfortune between the US and the EU is not only for Venezuela. Another significant case is that of Iran, where the Trump administration decided to leave the Nuclear Agreement. There Europe remained in a gray area, with no real response to the request of the Iranian government to mediate to end the economic blockade, and the guillotine of sanctions on its companies, several of which withdrew from that country. The result is in sight: a blockade and an escalation to war.

In the Venezuelan case, it is in the US geopolitical vital zone: Is the EU willing to tighten positions to force the US not to put the country under quarantine? Is it part of their plans in their asymmetric relationship with the US? These are questions that are on the table for each actor.

The scenarios after the dialogue broke

The decision of the Maduro government was then to express what had already happened: the rupture of the dialogues. The US produced it, Venezuela expressed it. As for the Venezuelan opposition in Barbados, the question has always been: what real strength, ability to negotiate do they have in a possible agreement? The answer was always that this force was American and its main function was to unlock parts of the economic and financial attack. To redouble it was to break it.

The scenarios are changing. However, two US aims seem clear: they will not give up their decision to overthrow Maduro, and, within the Trump administration, as well as in plots of the American deep state, they have the capacity to act on trends that seek to accelerate operations before betting on the so-called “strategic patience.”

To that must be added the variable of the internal election schedule of the United States and the way Trump seeks to capitalize part of an electorate with these measures.

There were no consolidated assumptions about possible agreements in Barbados. Part of that was due to the call of the Norwegian government to maintain caution and great discretion. What American spokesmen had said, such as John Bolton – part of the sector that seeks to accelerate the maneuvers and burn down the country in its path – was that a presidential election should be reached without Maduro in the government. That position never expressed a possible dialogue but a threat.

The breakup of Barbados pushed by the US means the resurgence of other forms of attack. Trump has already announced that he is preparing “other tools”, the government of Iván Duque in Colombia again predicted a prompt exit from Maduro, and below, in the subways of the country, beat threats of mercenary violence. As several analysts have pointed out, embargoes alone do not cause government to fall, but, when they do, it is because they are combined with other forms of assault.

The government has affirmed that “it is ready to review the mechanisms of this process (of dialogue) so that its continuation is really effective.” Stopped dialogues are open doors to the most uncertain scenarios. Is a negotiation with a total blockade a negotiation? Chavismo will mobilize this Saturday to express their disagreement, their willingness to fight.