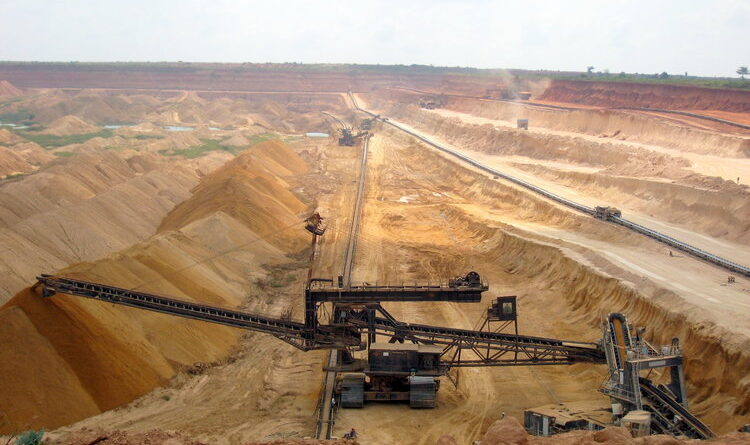 Canadian imperialism in Africa has had a rare social media moment.

On Twitter, K. Diallo recently posted a map of the continent with the sum of Canadian mining investment in each African country under the words “75% of mining companies globally are now Canadian. Canada is a great source of corporate neocolonialism expansion.” The tweet received 25,000 likes and 8,500 retweets.

Canadian resource companies operating in Africa receive significant government support. Amongst a slew of pro-mining measures, Justin Trudeau’s government has put up more than $100 million in assistance for mining related projects in Africa, signed Foreign Investment Promotion and Protection Agreements and backed Barrick Gold during a high-profile conflict with the Tanzanian government.

A similar Facebook meme on Ghana has also circulated widely in recent days. Appearing to originate from a statement posted by Kgoshi Mmaphuti Uhuru Mokwele, it notes: “Ghana is the biggest gold producing country in Africa & 8th in the world, but 93.3% of Ghana’s gold is owned by foreign corporations, mainly America and Canada. Ghana owns less than 2% of all the Gold in their land. Ghana has to borrow money from the IMF and World Bank to buy their own Gold, which is on their land, mined by Ghanaian workers, using Ghana’s resources. The price of the Gold is set in New York and can only be purchased with American dollar.”

Canada has certainly contributed to the Ghanaian (and African) impoverishment Mokwele alludes to. Alongside their counterparts from the US and Britain, Canadian officials participated in the 1944 Bretton Woods negotiations that established the IMF and World Bank and Ottawa continues to have outsized influence within those institutions. Tens of millions of dollars in Canadian aid money has supported IMF structural adjustment policies of privatization, liberalization and social spending cuts in Ghana, which benefited Canada’s rapacious mining industry.

After a high profile Canadian-financed structural adjustment program in the late 1980s NGO worker Ian Gary explained its impact: “Ghana’s traditional sources of income—gold, cocoa, and timber—have benefited from the program, but this has only exacerbated the colonial legacy of dependence. Nearly all of the $1.5 billion worth of private foreign investment has been in mining, with most of the profits being repatriated overseas. ‘User fees’ for health care services and education have been introduced. Disincentives to food producers, and the damage caused to local rice producers by cheap rice imports, led to increased malnutrition and lower food security. Rapid and indiscriminate liberalization of the trade regime hurt local industry, while cutbacks in the public sector shed 15 per cent of the waged work force.”

But Canadian support for colonial exploitation goes back much further.

Ottawa began dispersing aid to African countries as a way to dissuade newly independent states from following wholly independent paths or falling under the influence of the Communist bloc. A big part of Canada’s early assistance went to train militaries, including the Ghanaian military that overthrew pan-Africanist independence leader Kwame Nkrumah in 1966. After Nkrumah’s removal Canadian High Commissioner C.E. McGaughey wrote External Affairs in Ottawa that “a wonderful thing has happened for the West in Ghana and Canada has played a worthy part.” McGaughey boasted about the effectiveness of Canada’s Junior Staff Officers training program noting that “all the chief participants of the coup were graduates of this course.” (Canadian major Bob Edwards, who was a training advisor to the commander of a Ghanaian infantry brigade, discovered preparations for the coup the day before its execution, but said nothing.)

During the colonial period Ottawa offered various forms of support to European rule in Ghana and elsewhere on the continent. Beginning in the early 1900s Canadian officials worked to develop commercial relations with the British colony and in 1938 Canada’s assistant trade commissioner in London, H. Leslie Brown, spent three weeks in the Gold Coast. In 1947 Alcan commenced operations there through its purchase of West African Aluminum Limited.

Numerous Canadians played a role in the British colonial service in Ghana. In 1921 former Canadian Lieutenant E.F.L. Penno was appointed assistant commander of the Gold Coast police and was later made overall commander. At the start of the 1900s Galt, Ontario, born Frederick Gordon Guggisberg helped mark over 300 mining and timber concessions in Ashanti and the Gold Coast, which aided Britain’s Ashanti Gold Corporation extract six million ounces of gold from the colony. After two decades moving up in the colonial service Guggisberg was governor of Ghana from 1919 to 1927 (a Canadian governed Kenya and Northern Nigeria as well).

Canadian missionaries and soldiers also played a role in subjugating Ghana at the turn of the 19th century. According to Global Affairs, “In 1906, Québec missionaries established a church in Navrongo in northern Ghana, thus marking the arrival of a Canadian presence in the country.” Oscar Morin and Leonide Barsalou set up the first White Fathers post in the Gold Coast where Canadians would dominate the church for half a century.

Numerous Royal Military College of Canada (RMC) trained individuals fought the Ashanti in turn-of-the-19th-century wars. RMC graduate Captain Duncan Sayre MacInnes helped construct an important fort at the Ashanti capital of Kumasi and the son of a Canadian senator participated in a number of subsequent expeditions to occupy the hinterland of modern Ghana. For more than half a century a selected fourth year RMC cadet has been awarded the Duncan Sayre MacInnes Memorial Scholarship.

Scratch the surface of African history and you’ll find Canadian involvement in colonial rule. This country’s role in the impoverishment of Ghana and Africa in general deserves far greater attention.