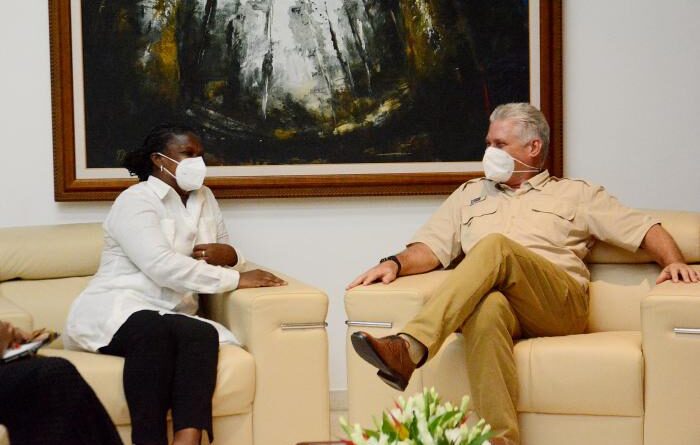 Walker talked about the decision to organize again this year the US-Cuba Friendship Caravan, whose participants will continue to express their unwavering solidarity with the Cuban people in the face of the aggressive actions of the US government.

RELATED CONTENT: Cuba Initiates WHO Prequalification of Its COVID-19 Vaccines

She also told President Díaz-Canel that she admires Cuba’s efforts in the fight against COVID-19 and its results with the vaccination process.

Also present in the meeting were Samira Addrey, member of the IFCO executive and a graduate of the Latin American School of Medical Sciences; Rogelio Polanco Fuentes, member of the Secretariat of the Central Committee of the Communist Party of Cuba; Caridad Diego Bello, head of the Office of Religious Affairs; and Noemí Rabaza Fernández, first vice-president of the Cuban Institute of Friendship with the Peoples (ICAP).