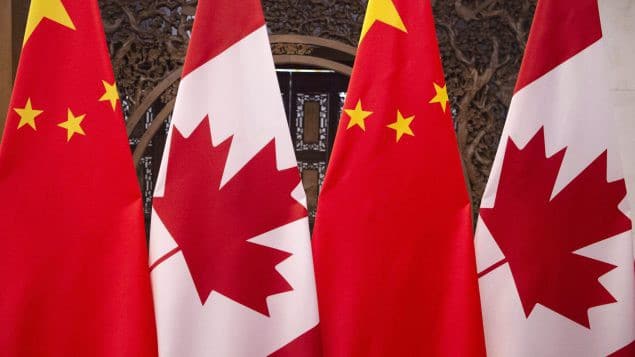 In the runup to its federal election on September 20, Canada’s leading parties have leaned heavily on anti-China rhetoric, as they have done since the creation of the Dominion of Canada in 1867. Sadly, these unscrupulous attempts to appeal to Canadian voters’ basest motives may find fertile ground in a political landscape dominated by spineless parties jostling for support from one of the world’s most Sinophobic electorates.

The political economy of genocide
Earlier this year, Canada followed disgraced US President Trump and spuriously declared the Chinese Communist Party’s treatment of China’s Uyghur population in Xinjiang to be a “genocide.” The Trump administration’s unfounded accusation and Canada’s subsequent parroting of the claim — without a peep of dissent from parliament — did not take geopolitical analysts by surprise:

“The ‘democrats’ of the West supported the Islamists in Afghanistan, today they are instruments in the US hegemonic strategy of attempting to break up China,” wrote the late Samir Amin presciently in his 2019 book The Long Revolution of the Global South. “The interests of peoples have nothing to do with it. The US hegemonists have proven that point themselves, with their unconditional support for the worst regimes — the most criminal imaginable. Their rhetoric about ‘democracy’ and ‘rights of peoples’ has no credibility. The possible independence of Tibet and Xinjiang would inevitably end in unbelievable social regression and a strategic (perhaps even military) takeover of these countries by the United States. This is the actual aim of the strategy pursued by Washington and its… allies.”¹

The administration of disgraced President Trump made the allegation on his last day in office, two weeks after Trump incited the assault on the DC Capitol building by thousands of his right-wing and neo-fascist followers. Nevertheless, the charge was taken at face value by Canadian politicians across the board. A month after the last-minute declaration, Canada also accused China of committing “genocide” against the Uyghur population of Xinjiang — particularly ironic as Canada, like the US, is a nation founded on actual genocide.

Canada: nexus of hatred
Crowned by the tragic mass killing in Atlanta of March 16, 2021, a corresponding increase in Sinophobic crimes inevitably swept Canada and the US with the ratcheting up of anti-China invective.

Canadians have been singled out as the worst offender in this category, even outdoing notoriously racist US citizens. “Last year, more anti-Asian hate crimes were reported to police in Vancouver, a city of 700,000 people, than in the top 10 most populous US cities combined,” reported a major US news outlet earlier this year, for example.³

A survey released in June, 2021 by Canada’s Angus Reid Institute found that 58% of Asian Canadians had suffered discrimination over the past year alone.⁴

Hate codified into law
This week is a fitting time to recall the passage of Canada’s Chinese Immigration Act on September 1, 1923, “almost entirely banning the migration of Chinese into Canada… the only law in Canada that banned a specific nationality from entering the country.”

The law was preceded by the US Exclusion Act passed 40 years earlier, and by Canada’s 1885 Act to Restrict and Regulate Chinese Immigration, which placed a prohibitive head tax on any immigrant arriving from China and a burdensome tax on any land ownership by a Chinese immigrant. Both laws were in effect until Canada signed the UN Charter of Human Rights in 1947, which contravened the discriminatory laws.⁵

“That Canada should desire to restrict immigration from the Orient is regarded as natural,” stated Mackenzie King, who served as Canada’s prime minister for over 21 years, his final term ending in 1948. “That Canada should remain a white man’s country is believed to be not only desirable for economic and social reasons but highly necessary on political and national grounds.”⁶

Canada’s 2021 elections: fanning the flames
This context is particularly pertinent when we consider that Canada’s leading parties, during their campaign for the September 20 federal election, have fallen over each other making promises to ban foreigners from buying property.

We recall ominously Jorge Santayana’s famous words, “those who cannot remember the past are condemned to repeat it.”

Notes:
1. The Long Revolution of the Global South: Toward a New Anti-Imperialist International by Samir Amin. Monthly Review Press, 2019.

3. “This Is the Anti-Asian Hate Crime Capital of North America,” by Natalie Obiko Pearson. Bloomberg, May 7, 2021.

4. “More than half of Asian Canadians experienced discrimination in past year: survey” by Jon Hernandez. CBC News, June 8, 2021.

5. “Sinophobia Through the Ages” by Malika Baratova. The World of Chinese.