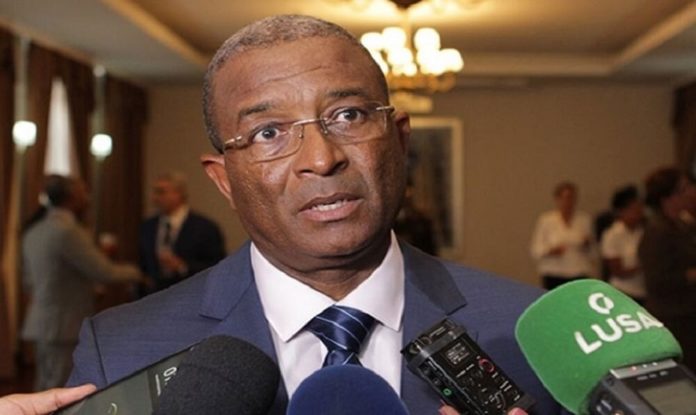 A year after the arrest of the Venezuelan diplomat Alex Saab, Cape Verde’s Attorney General (PGR), Luis Jose Landim, admitted that the warrant used to arrest him on June 12, 2020, was actually issued in somebody else’s name.

In the counter-allegations presented before the Constitutional Court, the PGR requested a correction in these terms: “It was mentioned that there was an international arrest warrant issued by Interpol against the appellant, issued by the US judicial authorities in the file. The name on the order is the name of Álvaro Enrique Pulido-Vargas.”

Later, the PGR stated that the documents were issued in the name of Alex Saab and Álvaro Enrique Pulido-Vargas, but “by mistake, in the extradition request sent to Cape Verde, the requesting State attached the first page of the original order in the name of  Álvaro Enrique Pulido-Vargas… but in the following pages of the order, as well as in the Portuguese and Spanish translations, they are in the name of Alex Saab”—further evidence of the mounting irregularities in the case.

What is a proven fact is that on June 12, when Alex Saab was arrested while refueling on the island of Sal, neither the order nor the Interpol Red Notice was presented to him. In fact, the Red Notice only arrived on the 13th, but was ultimately annulled, since the Red Notice is not a judicial order for imprisonment.

To issue the Red Notice, the requesting party—in this case the United States—had to present an arrest warrant to the Interpol General Secretariat, but it did not do so, violating its own rules. Therefore, when Alex Saab was arrested, he was not presented with the Red Notice and could not have been, as it was not issued until after his arrest. Saab’s defense only received a copy of the Red Notice on June 18, 2020, almost a week later.

Henrique Borges, Cape Verde’s representative at the ECOWAS court, presented a communication between Interpol, Washington, and Praia [the capital of Cape Verde] in which he confirmed that the red notice was issued retroactively.

Chain of illegalities
Special Envoy Alex Saab was arrested on June 12, 2020 during a technical stopover on the island of Sal, Republic of Cape Verde, as part of a diplomatic mission in the Islamic Republic of Iran. At the time of his arrest there was no Interpol Red Notice, and when the red notice against Ambassador Saab came, there was no arrest warrant. The Interpol Red Notice was issued in violation of the Interpol Rules and was therefore canceled on June 25.

“In consequence, Saab’s arrest was illegal, and that is why so many legal experts agree in calling it a plain and simple kidnapping,” an international affairs expert said to Orinoco Tribune.

In its arguments, Saab’s defense pointed out the absence of the arrest warrant, both in its refutation of the extradition request presented on January 14, 2021 and in its appeal before the Constitutional Court.