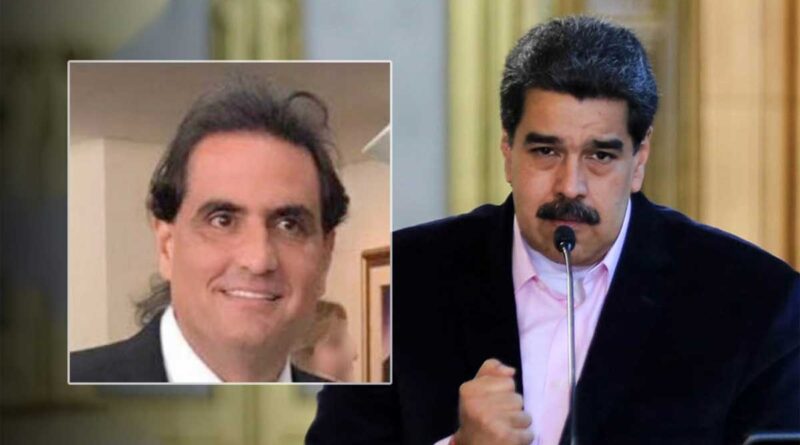 For Baltasar Garzón, the decision “reveals the irregularity of the process in which Alex Saab has seen and continues to see his rights to his inviolability and immunity as a special diplomatic agent curtailed.”

The defense team of businessman Alex Saab, a prisoner in Cape Verde, said Tuesday October 20 that the Supreme Court of Justice (STJ) of the African country noted “irregularities” in the decision to detain and extradite him to the US.

The main local defense lawyer, Jose Manuel Pinto Monteiro, said that in relation to extradition, the STJ resolved an appeal presented by Saab’s defense and referred some questions to the Court of Appeal after appreciating “numerous irregularities,” according to a statement from Saab’s legal defense team.

The defense asked in its appeal to revoke the decision taken on July 31 by the Barlavento Court of Appeal, based on the island of San Vicente, in the north of this island country located in West Africa.

The Court of Appeal endorsed, with its July decision, the position already expressed previously by the Cape Verdean Government in favor of extradition, which is why Saab’s lawyers filed the appeal before the STJ.

RELATED CONTENT: These are my Charges and if you Don’t Like Them, I Have More Here (Alex Saab Case)

According to Saab’s defense, the Supreme Court also states in its decision that “it has no jurisdiction to decide in relation to the house arrest” of Saab and therefore took “the position of returning the case” to the Court of Appeal of Cape Verde so that it will “study again the requested provisional measures.” Saab have denounced the inhumane treatment he’s received while being detained and his legal team has requested the legal measure of house arrest.

The member of the Saab legal team, Rutsel Silvestre J. Martha, assured that the STJ “has issued a decision that reprimands” the Court of Appeal “for ignoring the basic principles of due process.”

All this is due, according to Saab’s legal team, to “the constant violations of human rights suffered” by the businessman since his arrest on June 12, an arrest described as “arbitrary,” because it was made without the Interpol red notice, that arrived a day later, and did not respect Saab diplomatic immunity as Venezuelan diplomatic envoy.

They also claim to await the response of the Court of Justice of the Economic Community of West African States (ECOWAS), before which they have also presented the case.

Saab was detained on June 12 when his plane stopped to refuel at the Amilcar Cabral international airport on the island of Sal (the largest in Cape Verde), allegedly in response to a request from the United States, sent through Interpol, for alleged money laundering offenses, but in reality the red notice did not exist at the time of his arrest.

When Saab was detained, Venezuela claimed that he was a Venezuelan citizen and an “special diplomatic agent” of the Government who was “in transit” in Cape Verde, for which his lawyers maintain that “he had the right to personal inviolability as a special diplomatic envoy” of the Caribbean country.

For Garzón, the decision confirms many irregularities in the process

In the opinion of the Spaniard Baltasar Garzón, Saab’s international defense coordinator, the decision made by the Supreme Court of Cape Verde “confirms the irregularity of the process in which Alex Saab has seen and continues to see his rights to his inviolability and immunity curtailed as a special diplomatic agent.”

For Garzón, “this process should not even have been opened, since Alex Saab is specially protected by international law.”

After maintaining a low profile in Colombia, the name of Saab, 48, appeared in the press when former Venezuelan prosecutor Luisa Ortega -now in Colombia avoiding criminal charges in Venezuela- accused him in 2017 of acts of corruption. The businessman, born in Barranquilla (Colombia) and of Lebanese origin, is related to several companies, among them Group Grand Limited (GGL), accused of supplying Maduro administration with food and supplies for the CLAP food program.

The CLAP program initiated by President Nicolas Maduro delivers, almost for free, boxes of food every month to more than seven million Venezuelan households.  Most of the food currently is Venezuelan-made but there are some components that are imported.

Washington also brought charges against Saab and his right-hand man, Álvaro Enrique Pulido, whom it accuses of laundering up to $350 million (about €296 million), allegedly defrauded through the exchange control system in Venezuela. According to the US, between November 2011 and September 2015 Saab and Pulido conspired with others to launder their illicit profits and transfer them from Venezuela to US bank accounts, which is why Washington has jurisdiction in the case.

For many analysts all these charges are mere coverups for the real motivations in Washington, which has been unsuccessfully trying for almost two years to oust  the government of Nicolás Maduro in Venezuela. To accomplish that the US has launched illegal and criminal sanctions against state oil company PDVSA -the engine of Venezuela’s economy- and have instituted a de facto blockade, frozen Venezuelan international bank accounts and pursued any company willing to do business with the Venezuelan government. At the same time US SOUTHCOM has deployed warships to interfere in Venezuela’s maritime traffic with the final goal of asphyxiating the Venezuelan population, thinking that this will force the exit of President Maduro.