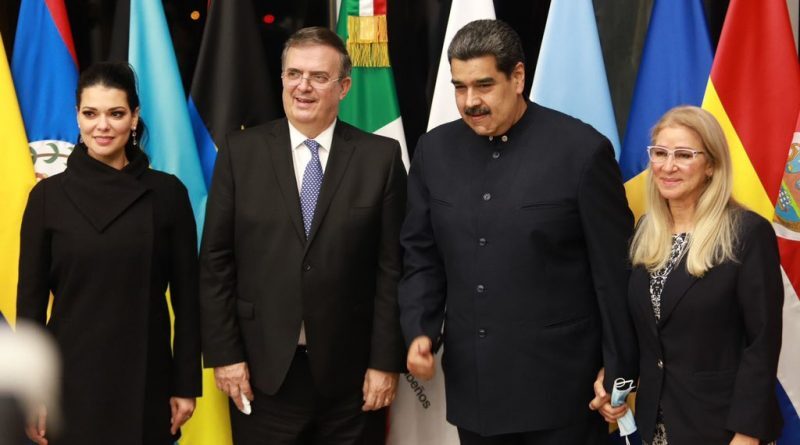 After five years without meeting, Heads of State and Government of the Community of Latin American and Caribbean States (CELAC) will convene on Saturday for the VI Summit in Mexico City.

Venezuelan President Nicolas Maduro, whose late Friday arrival upstaged all other participants of the Summit, has submitted a proposal to his Mexican counterpart, Andrés Manuel López Obrador, to create a General Secretariat of CELAC and appoint a consensus Secretary General based in Mexico. President Maduro says the new institutional framework is necessary for CELAC in the context of the debate taking place on the Organization of American States (OAS) and CELAC.

“It is the old debate between Monroeism (Monroe Doctrine) and Bolivarianism, between Latin America and the Caribbean. Our America and the other America, the imperial America,” he said.

Bolivia will also be supporting the proposal of President Manuel López Obrador to strengthen CELAC, in order to replace the interventionist OAS. Speaking to Bolivian media this week, UN Ambassador, Diego Pary said, “The OAS has lost all validity, it has neither the moral authority, nor is it representative of the States to do the work that corresponds to the CELAC.”

The region’s social movements, under the umbrella of ALBA Movements, made a call for organizations throughout Latin America and the Caribbean to take a clear and direct position against the OAS “in order to put an end to this ‘ministry of colonies’ that has brought nothing but hardship to our peoples,” adding, “will not allow any more coups, massacres, invasions or threats. We are not the backyard of any empire.”

Nicaragua will not support Argentina for Pro Tempore Presidency of CELAC, saying the government of Argentina has become "an instrument of U.S. Imperialism, subordinated to its hegemonic interests" as evident in pro-interventionist statements made by @alferdez and @felipe_sola. pic.twitter.com/R3ne8In3HF

Statements and agreements from the Summit are expected on the creation of the regional space agency, a call on the IMF to ease debt and financing conditions, access to special drawing rights, rejection of unilateral coercive measures, and adherence to the Paris Agreement, among others.

President Miguel Diaz-Canel, who participated as guest of honor in the civic-military parade marking 200 years of independence from Spain, arrived in Mexico on Thursday. The arrival of President of Bolivia, Luis Arce, is expected in the coming hours.

In addition, the President of the European Council, Charles Michel, will attend, and the Summit will hear virtually from President of China Xi Jinping and United Nations Secretary General, Antonio Guterres.