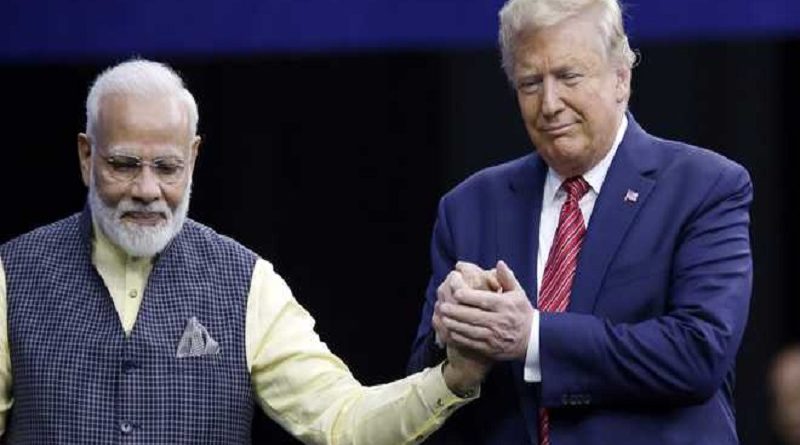 India is Venezuela’s largest oil customer but the two companies that import its oil just declared that they’ll comply with the latest US sanctions against the Bolivarian Republic’s Russian intermediary, which could lead to the South American state experiencing an economic shock just like Iran did after New Delhi dutifully bowed to America’s demands last year to do the same in cutting off the Islamic Republic.
India Just Backstabbed Venezuela

The latest US sanctions against Russian state oil company Rosneft might end up having a destabilizing effect on Venezuela’s economy after India declared that it’ll comply with these unilateral restrictions. US Special Representative for Venezuela Elliott Abrams said last Tuesday that “The two largest customers of Venezuelan oil are India and China in that order. We will be in conversations with the customers to advise them of US policy with respect to the export of Venezuelan oil. We will continue to try to persuade those countries that are supporting and sustaining this regime to diminish their activities.” No sooner had he made his announcement than Reliance Industries and Nayara Energy (the latter of which is partly owned by Rosneft) disclosed the day after that they’ll dutifully abide by these demands. Reuters reported that the first-mentioned said that “In its dealings with Rosneft and otherwise, Reliance will continue to act in compliance with U.S. sanctions and policy guidelines” while the second declared that “we reaffirm our commitment to this position (of complying with all relevant and applicable US sanctions) following the recent announcements.”

This development probably came as a shock to many in the Alt-Media Community who had been indoctrinated for years with the completely false notion that India is supposedly “multi-aligning” between the world’s Great Powers in order to take advantage of its strategic equidistance from each of them like the country officially says that it’s doing. Nothing could be further from the truth in practice, however, since India is actually “pivoting” more closely to the West at the expense of the emerging Multipolar World Order that Russia and China are jointly building (though not always in full coordination with one another). This is proven most convincingly by its recent military-strategic partnership with the US, which has seen the South Asian state reduce its purchase of Russian arms by a whopping 42% over the past decade according to the Stockholm International Peace Research Institute (SIPRI) due to its new policy of gradually replacing them with American, “Israeli”, and French wares instead. Furthermore, this new geostrategic alignment has seen India bow to America’s demands last year that it stop importing Iranian oil.

Although it recently signed a deal for more Russian resources to compensate for this shortfall, imports from the Eurasian Great Power are less than half of what it’s currently purchasing from the US and might soon be only a fifth of that amount if India doubles its imports of American oil like some outlets have reported that it’s planning to agree to during Trump’s visit. This “politically incorrect” observation stands in stark contrast to what new RT contributor and senior Indian journalist Ashish Shukla wrote about in his latest op-ed for the international media platform. In his piece titled “Friends or foes? As India gears up to talk to the West, meet the architect of its new ‘India first’ foreign policy”, Skuhkla asserted that “to assume that New Delhi has decided to wholeheartedly embrace the West would be wrong. Far from bending the knee, New Delhi has begun to pursue independent economic and foreign policies, a move largely unappreciated in the West…both (the US and India) will go their own way when it comes to their global policies. At least India is letting the US know to mind its own business, even though the latter isn’t quite giving up its instincts for intrusive behavior.”

That’s not true for the aforementioned reasons and many others pertaining to India’s eagerness to cooperate with the US’ grand stratagem of “containing” China, and the cases that he relies on as supposed proof are either inconsequential rhetorical examples or the country’s purchase of Russia’s S-400s, which America is turning a blind eye to (at least for now) because it understands their utility in helping New Delhi keep Beijing at bay. Objectively speaking, India is now establishing a track record of indirectly ruining its former energy “partners'” economies by complying with the US’ unilateral sanctions against them, as was seen most painfully in the case of Iran where the Islamic Republic lost one of its top oil customers and has since had its ongoing economic crisis exacerbated as a direct result. The same scenario might worryingly befall Venezuela in the coming future as well seeing as how India immediately threw the Bolivarian Republic under the bus in an attempt to convince Trump to agree to various deals during his current visit, which smacks of strategic servility since India could have realistically used this possibility as “negotiating leverage” instead of complying at once.

Desperate For A “Success”

Prime Minister Modi is desperate for anything that he can pass off as a “success” in order to distract from rising domestic anger against the combination of his Hindu supremacist and economic neoliberal policies that have seen unprecedented nationwide protests over the past few months. Selling out Venezuela for (an) energy, military, and/or trade deal(s) with the US after doing the same to Iran last year in exchange for nothing at all simply as a “goodwill gesture” of India’s commitment to America’s global vision therefore shouldn’t be surprising to any objective observer familiar with Modi’s true foreign policy goals. His obsequiousness to Trump is leading to cracks in his “nationalist” base, however, with the influential Shiv Sena expressing concern that the American leader is being feted as a guest of honor despite the US removing India from its duty-free import regime. The party also sharply criticized its government for spending several million dollars to “beautify” the parts of the country that Trump will see during his official tour (including the controversial construction of a wall intended to obscure view of a nearby slum), describing such efforts as “reflecting the slave mentality of Indians”.

Those two Shiv Sena-related developments and the official statements of support from India’s Venezuelan-importing oil companies of their compliance with American sanctions happened prior to Shukla publishing his article, making one wonder whether he was inexplicably unaware of them or simply opted to omit such important facts in order to push a false narrative about Modi’s foreign policy. To remind the reader, RT’s new contributor wrote that “to assume that New Delhi has decided to wholeheartedly embrace the West would be wrong. Far from bending the knee, New Delhi has begun to pursue independent economic and foreign policies, a move largely unappreciated in the West…both (the US and India) will go their own way when it comes to their global policies. At least India is letting the US know to mind its own business, even though the latter isn’t quite giving up its instincts for intrusive behavior.” In reality, however, India has indeed decided to wholeheartedly embrace not just the West in general, but the US in particular and especially when it comes to its aggressive sanctions policy against Iran and now Venezuela, in a move largely ignored by Alt-Media because they can’t accept that India is increasingly becoming an American proxy state that’s willingly allowed itself to be weaponized against multipolar countries in the “hope” that the US will “reward” it with better “deals”.