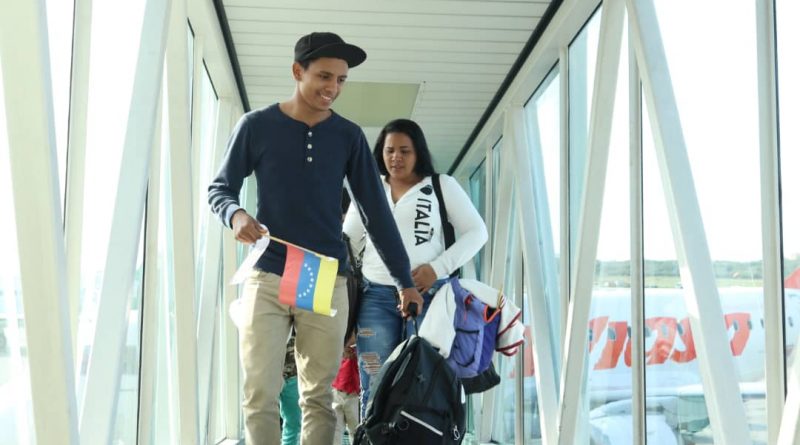 Chancellor Jorge Arreaza denounced the use of Venezuelan migration to obtain financial resources, and pointed out that UNHCR (United Nations High Commissioner for Refugees) is involved in this practice.

For Arreaza, this is a ” clear interventionist political strategy by UNHCR.

The UN agency estimated that migration reached the figure of 4 million during the last 41 months, most of it located in South America.

“It is worthwhile to remind UNHCR that its mandate is limited to refugees. Trying to obtain resources using economic migration and confusing public opinion, not only exceeds its mandate, but also reveals a clear interventionist political strategy,” explained the Venezuelan Minister of Foreign Affairs.

The chancellor declared that UNHCR resumed its role of instrumentalizing Venezuelan migration, inflating figures in order to request and obtain more resources whose fate is not clear. The International Migration Organization is the UN agency with mandate over migration issues as a whole.

He pointed out this week that, after the failed attempted military uprising led by deputy Juan Guaidó, the migratory matrix that had disappeared from the media since last January has been ressurected. More than 14 thousand Venezuelans have returned back home for free in the last months with the program “Vuelta a la Patria”.

On the other hand, he considered it contradictory that the UNHCR expresses concern for Venezuelans from the Colombian department of La Guajira. This was said in relation to the visit made by the actress and UNHCR representative Angelina Jolie to Colombia.

The Ministry of Foreign Affairs of Venezuela has indicated that Venezuela has sent more than 70 diplomatic notes to the governments of Peru, Colombia and Ecuador to report the real numbers of arrivals of Venezuelans to their territories, but the Government has not received a response.

The Venezuelan government has recognized that there is a migration complex issue as a response to years of economic war, media warfare promoting that migration and most recently, due to US sanctions and blockade.

“The figures are manipulated, inflated or distorted in order to feed the main stream media “matrix” of humanitarian crisis in Venezuela. You could see it very clear last weekend when Colombian authorities reported 37,000 Venezuelans entering Colombia but they and MSM “forgot” to mention that the same day 35,000 Venezuelans came back home”, a political analyst said to OT.