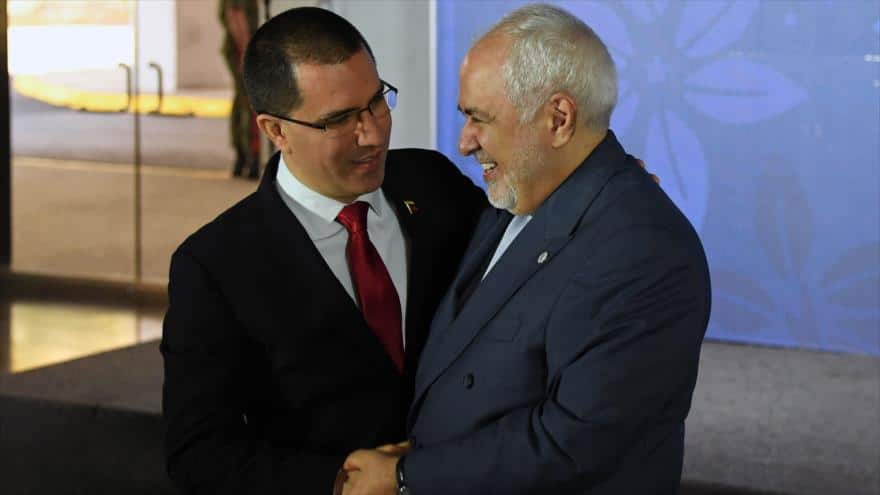 This Sunday, the Foreign Minister of the Bolivarian Republic of Venezuela, Jorge Arreaza, arrived in the Islamic Republic of Iran, to develop a high-level work agenda this week in the capital, Tehran. “Foreign Minister Jorge Arreaza @jaarreaza arrives in Tehran, capital of the Islamic Republic of Iran, in order to develop a high-level work agenda in the next few days,” the Foreign Ministry said in its account, @CancilleriaVE.

The senior Venezuelan diplomatic official arrived from China, where he visited his Asian counterpart Wang Yi and other personalities, with whom he discussed issues on the bilateral agenda and fostered cooperation between the two nations.

Leading the Venezuelan delegation, Arreaza will meet in Tehran with his Iranian counterpart, Mohamad Javad Zarif, and other authorities of the Persian country to address issues of common interest.

Caracas and Tehran maintain a strategic alliance and bilateral cooperation ties in different sectors, such as commercial, industrial, agricultural, scientific, among others. Since the beginning of the Bolivarian Revolution, promoted by Commander Hugo Chávez, both countries have backed each other in different circumstances, reports HispanTV.

In addition, the sovereign governments have condemned the aggressive measures of US imperialism against them. The government of President Nicolás Maduro said that his country will learn from Tehran how to defend itself against the aggressions of Washington.