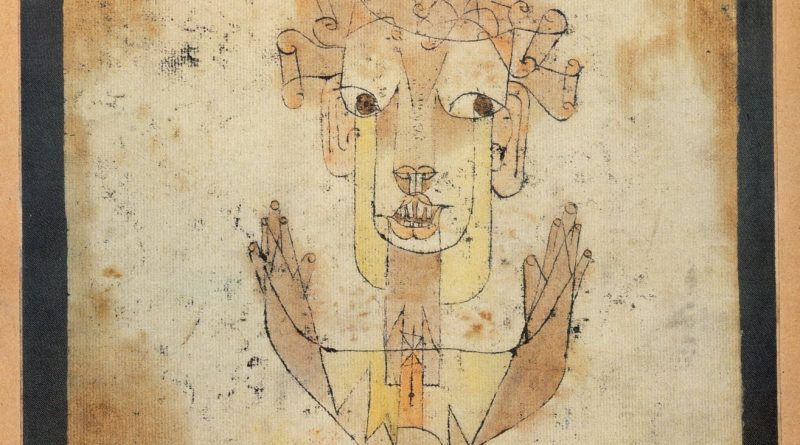 This dialectical relation between necessity and contingency, structure and break, history and event lays the basis for the possibility of a politics organised in duration whereas the arbitrarily voluntarist gamble on the sudden explosion of an event may allow us to resist the mood of the times, but generally leads to a stance of aesthetic resistance rather than militant commitment to patiently modify the course of things.

The dialectical relationship between necessity and contingency, between structure and rupture, between history and event, provides the foundation for the possibility of a lasting organized policy, while the arbitrary and voluntarist gamble on the sudden explosion of an event can allow us to resist the atmosphere of the times, but it generally leads to a posture of aesthetic resistance, instead of a militant commitment that patiently modifies the course of events.

It is hard work to assimilate that we live in a time in which almost anything can happen and yet we are not strong enough to ensure that the outcome is favourable to the popular majorities.

These are times of popular ebb, of crumbling popular and democratic hegemony, of generations of Chavista and leftist militants who are relegated to the institutions, to the party, to the territories, and to the most ruthless attacks of the US empire.

From the beginning, the Bolivarian revolution represented an exuberance of possibilities. Today, the possible is not necessarily the most desirable. The horizon has become narrower. Rejecting the unbearable worldliness of the fighting people and the very idea, which they consider ridiculous, of taking heaven by storm, a legion of newly rich fight with the camels for what they consider their right to go through the eye of the needle. They will not pass, we know, but that will not stop them from trying. Power has seized them.

There has been a slow but unstoppable mutation in the popular soul. While one part of the population actively resists attacks from various directions, as if under crossfire, and another part tries to take advantage of the circumstances, the majority, confused, disoriented, go through a process of profound reconfiguration of their political identities. However, most of them are assisted by the certainty of what they never want to identify with again. What could be called the Chavez-experience is too recent and has left in them, in us, an imperishable imprint.

What is incubating today in the catacombs and especially here, and which still does not manage to express itself with all its strength on the surface, dialogues incessantly with Chávez, which is a joyful memory, much more than a source of nostalgia; materiality, much more than an idea that inspires and mobilizes. More than worshipping him, Chávez is sheltered, protected, treasured. He is also questioned and reclaimed. What will result from that reconfiguration process will depend to a large extent on this dialogue, and it is very likely that it will end up taking over the political scene in the years to come.

It is up to us to listen attentively and either speak our words or turn a deaf ear.

Many of us have taken on the responsibility of rebuilding the puzzle of popular, Chavista and leftist militancy. It is the least we can do. If the outcome in the short term appears not to depend on our actions, at least not principally, it will surprise us together, in articulation.

As in all times, it is up to us to identify with the people to which we belong and their problems and struggles, which are ours, and to act as a hinge with the generations of new militants. We must be able to transmit a gigantic collective learning, invaluable, and also not give up the opportunity to continue learning.

It is not a time for historical balances, except and exclusively in the sense that balances must be made permanently. Let memorialists and commentators do their work. Ours is very different.

The balance that we are called upon to make cannot be limited to giving an account of the past, not even to throwing light on the tasks of the present, but above all on the future. Ours will have to be a Janic gaze, as Chávez himself warned in his inauguration speech on February 2, 1999. Like the look of Klee’s angelus novus quoted by Walter Benjamin in his Theses on History, with the notable difference that our eyes will have to rest not only on the catastrophe, but on everything done by the Venezuelan people to break the continuum of history.

Without forgetting for a moment the tasks of the present, we must learn to cultivate the medium and long term gaze, avoiding voluntarily wagering on the explosion of an event that allows us to deal with the atmosphere of the times, as Daniel Bensaïd would say. Certainly, revolution is event, but also process, history, and ignoring this detail can lead us directly to aesthetic resistance, without political efficiency, and impotence.

It will be said that this is a defeatist stance, that the fight is not decided, that there are many in the world who follow attentively the course of events, who express their solidarity with us in the face of imperial aggressions, who fervently want the Bolivarian revolution to prevail, because in times of darkness the few existing lighthouses allow peoples to cling to the idea that another world is possible.

Nothing could be further from reality. Precisely because the combat is not decided, it is necessary to identify what is adverse in the panorama, because only in this way is it possible to clear obstacles and work to make revolution possible. The opposite is to pursue mirages, risking death in the middle of the desert.

Defeatist would be to resist without will of being able or to assume oneself irreversibly defeated and therefore to procure personal salvation. If such is the choice of some, it is definitely not ours.

For there to be a future there must be a will to power in the present. And it is from this manifestation of will that I encourage myself to propose the need to cultivate the medium and long term gaze. It is not a question of sitting down to wait for the right moment, but of creating, here and now, the right conditions to act, to widen the horizon once again. Such is the ultimate meaning of this sentimental X-ray of Chavism.

Those who are impatient, as well as those who feel that the revolution has already passed, would do well to ask where we were twenty years ago, or rather twenty-three years ago, when Chávez was prey to that immense fatigue that almost drove him to abandon everything. It is an opportunity to remember Heraclitus once again: character is man’s destiny.