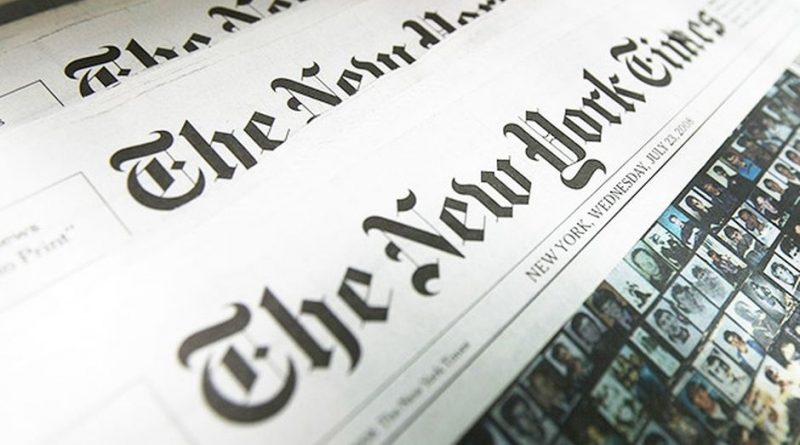 Editorial Note: Michael E. Shifter is President of the Inter-American Dialogue and an Adjunct Professor of Latin American Studies at Georgetown University’s School of Foreign Service. He is a member of the Council on Foreign Relations and writes for the Council’s journal Foreign Affairs. Inter-american Dialogue is a very conservative think tank based in Washington that always has opposed the Bolivarian Revolution

The recent executive order signed by the president of the United States, Donald Trump, which formalizes the economic, commercial and financial blockade against Venezuela, will not yield the fruit expected by Washington, as is the overthrow of the constitutional president of Venezuela, Nicolás Maduro, nor will it spoil the Bolivarian Revolution initiated 20 years ago by Commander Hugo Chavez.

This is clear from the opinion article entitled “Sanctions on Venezuela will not work,” written by Michael Shifter and published on August 8 in The New York Times, which states that the purpose of the new executive order of the White House is to break the support of the Bolivarian National Armed Forces towards President Maduro, although so far none of the measures undertaken for two years against Venezuela “have succeeded in persuading the highest ranks of the Venezuelan army.”

The article states that this blockade will affect the population when the assets of the Venezuelan State are seized on US soil and threatens with sanctions public and private entities, as well as individuals, who do business with Venezuela.

“The economic embargo will worsen the lives of Venezuelans. Moreover, history suggests that it may not work at all. On the other hand, it could have devastating consequences for the country,” says Shifter, adding that “ordinary Venezuelans may not be the target of sanctions, but they will be the most affected by the economic difficulties and suffering they entail.”

The blockade affects the dialog
The columnist also warns that these unilateral and coercive measures of Washington will harm the process of dialogue between the Bolivarian Government and opposition sectors, which was taking place in Barbados and was suspended last Wednesday by President Maduro, due to the new escalation of imperialist aggression.

That is why, in his analysis, the article writer Shifter states that “Trump, Bolton and other senior US officials should give up the idea of doing everything on their own and join the consensus that has emerged between many Latin American and European countries to seek an agreement negotiated to end the Venezuelan tragedy (…) putting the United States in charge of the Venezuelan crisis could undermine the only political solution that has a chance of success.”