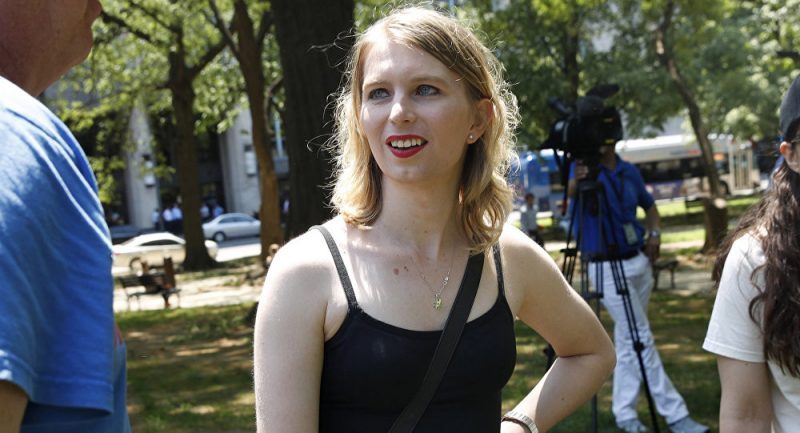 Complainant and former US Army intelligence analyst Chelsea Manning said in a statement that she is prepared to remain in jail instead of testifying against cyber-activist Julian Assange, after a federal court denied her an order of bail.

“Although I am disappointed, we can still question the government abusing the grand jury process, I have nothing to contribute to this or any other grand jury,” Manning said in her statement.

The young woman acknowledged that “she misses her home,” but clarified that “they can keep me behind bars with all the harmful consequences that this has, I will not give up.”

The Court of Appeals for the Fourth District unanimously rejected the application for release on April 22 and ordered that she remain indefinitely in contempt of court, following her refusal to answer questions from a grand jury regarding Assange.

The Australian cyber-activist was arrested on April 11 by British police inside the embassy of Ecuador in London just after the authorities of that South American country revoked the asylum with which he remained a refugee in the diplomatic headquarters since 2012.

Assange now faces a possible extradition to the US where the prosecution charges him with conspiracy to intrude into government computer systems for the purpose of leaking classified information.

The US media warns that he could be charged with more crimes if he is finally extradited.

The US government accuses Assange of having helped Manning enter government information systems, which allowed the WikiLeaks site to leak hundreds of thousands of military reports in 2010 on the wars in Afghanistan and Iraq and on diplomatic communications.

Manning was sentenced in 2013 to 35 years of military prison for espionage, but in the last days of his government, President Barack Obama (2009-2017) commuted the remaining 28 years of imprisonment allowing her to recover her freedom.

The ex-soldier remains in detention since March 8 at the Alexandria Detention Center in the state of Virginia (northeast), after refusing to testify against Assange.