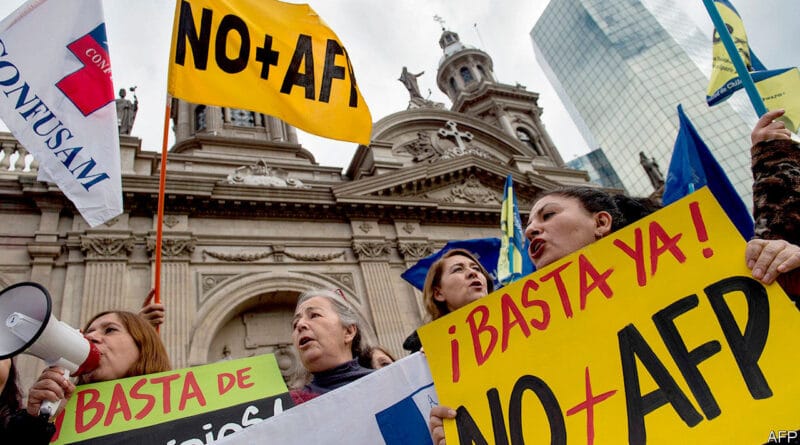 The great Chilean mass rebellion scored a very important victory yesterday. What had been expected for days is now a fact: the approval in both houses of Congress of the right of the 11 million members of the Pension Fund Administrators (AFP) to withdraw for one time 10 percent of what they have been paid, equivalent to some 20 billion dollars. Some argue that this is not the most ideal solution for the social drama these people are experiencing, but most see it as very important economic aid to stave off devastation. More to come at a time when the government of President Sebastián Piñera has plunged the country into one of the worst situations on an international scale due to its disastrous management of the pandemic. It has also been incapable of adopting social plans that would mean real support for large sectors of the population that have been greatly affected economically by the confinement, that had already been lacking in the past, since the coronavirus has served to aggravate and expose in raw form the damage caused to layers of the society by neoliberal policies. In the face of the pandemic, Piñera’s government only sought to save the profit share of its friends in the largest economic groups, but even that has not been achieved, given the great damage the disease is doing to the economy.

The combative and diverse Chilean social movement that began with the outbreak of October 18, 2019 is grouped in the Social Unity, a large front of popular organizations that before the pandemic flooded avenues and public spaces, but has been able to find at this stage other ways to demand the satisfaction of their demands, including digital networks, symbolic presence in the streets and also strikes of essential sectors. For example, a national strike of port workers was decreed, as a form of pressure, at the same time that the chambers of deputies and senators were debating the right to withdraw 10 percent of pensions.

The Chilean rebellion made some sectors of the elites to see that the pattern of capitalist accumulation in the southern country was already intolerable for the majorities and, in any case, instilled fear and a feeling among them that something would have to give way to continue enjoying their irritating privileges. The movement thus created the subjective basis for being able to continue exerting strong social pressure on economic and political power, even if it could no longer be done from the streets. So recently it has been able to force many legislators to react favorably, including those of the government, and has managed to get them to take the steps that have allowed the measure to be approved in the chambers with the AFP. This has been achieved in spite of the narrow opposition of President Sebastián Piñera and his closest circle, joined, of course, by the large economic groups, with the support of the corporate media and the most renowned neoliberal economists attached to the different parties that administer the model.

Featured image: Enough of the Administrators of the Pension (AFP)