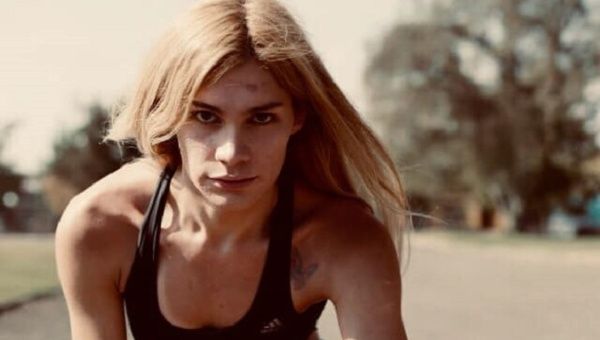 “I am determined to be the first trans athlete in the country,” Ignacia Livingstone said. “I want to be the fastest woman in Chile.”

Livingstone is training to lower her 100 meter record by 13 seconds to make the Catholic University (UC) club team where she could compete internationally. Others teams have rejected her because of her gender identification, she says.

“I am aware that if I start to have results there will be criticism. Like Daniela Vega, who was criticized here for winning an Oscar.,” she said, referencing the Chilean actress who in 2018 became the first transgender person in history to be a presenter at the Academy Awards.

“People will criticize you, whatever you do, just for being trans in a country like Chile. If I’m doing well, they’ll say it’s cheating, and I’m well aware of that. Because for trans people, Chile is a cruel country,” she added.

Chile is a traditionally conservative and predominantly Roman Catholic country. However, in a historic decision last November, Chilean President Sebastian Piñera signed into law a bill allowing people over the age of 14 to change their name and gender in official records. For Livingstone, her gender transition started at age 15 almost ten years ago.

The transgender bill defines gender identity as a personal conviction, whether a person sees himself or herself as male or female irrespective of their physical state or the gender or name assigned to them in the country’s civic register. Currently, there are no official statistics for the number of trans people in Chile, making them an all-but-invisible class.

Despite discrimination, Ignacia Livingstone is resolved to break barriers.

“I am determined to be the first trans athlete in the country,” Livingstone said. “I want to be the fastest woman in Chile.”