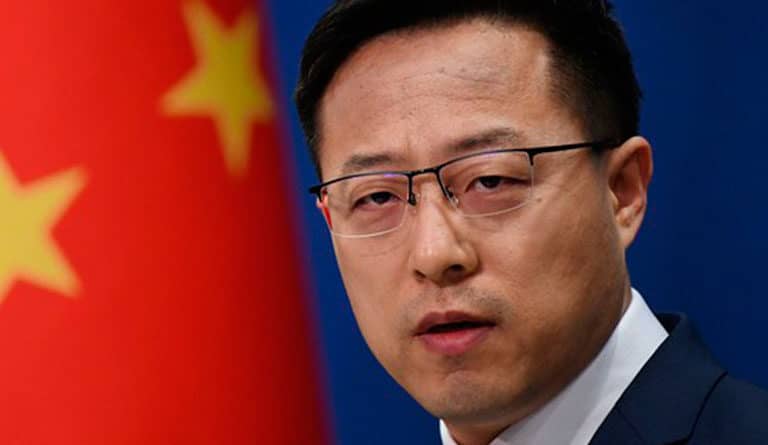 On Thursday, September 16, China accused the United States, the United Kingdom, and Australia of “undermining regional stability and peace” after signing the AUKUS pact. According to international media reports, the pact seeks to strengthen trilateral cooperation in advanced defense technologies, such as artificial intelligence, underwater systems, and long-distance surveillance.

Chinese foreign ministry spokesperson Zhao Lijian explained at a press conference, “This type of cooperation seriously undermines regional peace and stability as well as international efforts for nuclear non-proliferation.” Lijian referred to the fact that the new alliance will provide the Australian fleet with nuclear-powered submarines.

“The pact also shows how these countries use nuclear exports as a geopolitical tool,” stated Lijian. “It is extremely irresponsible. They should abandon their cold war mentality and do more to contribute to peace and stability. Otherwise, they will end up hurting themselves.”

He added that forming “exclusive cliques,” in reference to this trilateral military pact, goes “against the trend of the times” and “against the aspiration of the countries of the region.”

RELATED CONTENT: Biden Forgets the Name of his Australian Counterpart

The Chinese foreign ministry spokesperson also reminded Australia that it must “honor its commitments” on nuclear non-proliferation.

“If Australia, as a signatory to the Nuclear Non-Proliferation Treaty and the South Pacific Treaty as a Nuclear Weapons Free Zone, imports this type of nuclear submarine technology, its neighbors and the international community will have reason to question its sincerity about it and its compliance with these pacts,” expressed Lijian.