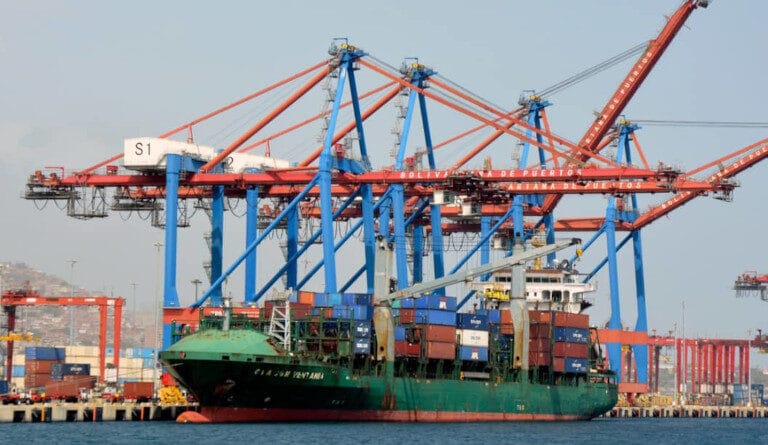 The president of Bolipuertos, General Irwin Ascanio, reported that between the first and third quarter of this year, Venezuela doubled the export of raw materials and homemade products. In his Twitter account, @IrwinAscanio, Ascanio highlighted the dedication of Venezuelan workers who have handled 2,232,751 metric tons of cargo, both imports and exports, during said period.

Ascanio, head of the institution that is in charge of all port operations in Venezuela, emphasized in his post that import cargo ranged from food to general merchandise, such as rubber, textiles, parts, and pieces. For export, the main goods were ferrous material, Chinese beans, wood, shrimp, bovine hides, cocoa beans, and rum.

The head of Bolipuertos also stressed that 1,077,274 metric tons of products were sent for exports in the third quarter, a figure that is double of what was achieved in the first quarter; at the same time, imports handled more than 1,155,477.57 metric tons in container and general cargo.

RELATED CONTENT: Julio Borges: Assets Abroad ‘Should Never Have been Managed by Opposition’

Ascanio also highlighted that the balance of the third quarter of Bolipuertos shows that thanks to the boost by the Great Venezuela Transportation Mission, 926 ships were served. He also highlighted the progress on the operational readiness of the ports achieved through maintenance of machinery and equipment, the improvement of port infrastructure, and the training and care of human talent.

General Irwin Ascanio concluded the thread by expressing his confidence that “after agreements are reached in Mexico [Mexico Talks], the coercive sanctions imposed on Venezuela will be eliminated and thus there will be a large increase in port operations, which will have a positive impact on the economy and the well-being of Venezuelans.”