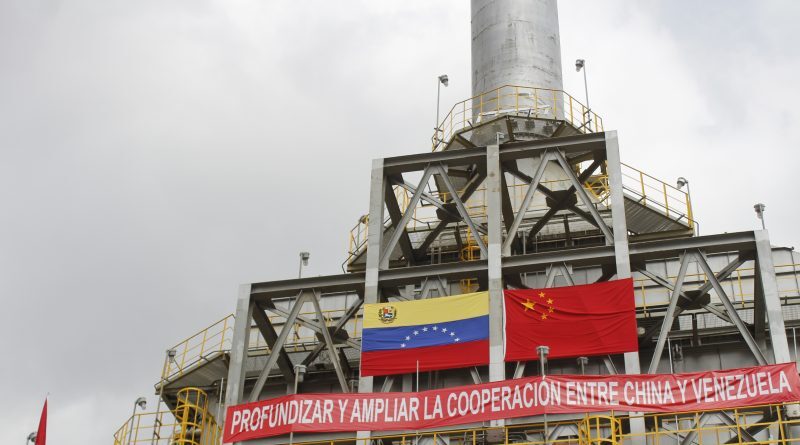 China’s National Petroleum Corporation (CNPC), the country’s main oil producer, is preparing to reactivate operations in Venezuela, following the devaluation of its investment due to illegal US “sanctions” against the Caribbean country. China thereby demonstrates once again that it is willing to do business with Venezuela, despite the blockade against the Venezuelan people which prohibits the vast majority of business transactions with Petróleos de Venezuela, SA (PDVSA).

Anonymous sources with direct knowledge of the subject declared to Bloomberg that CNPC sent engineers and commercial personnel to Venezuela, and is exploring local companies to carry out maintenance work on an oil blending facility that it operates with Petróleos de Venezuela SA. Furthermore, they report that CNPC contacted local service providers to potentially boost crude production in five other joint ventures with the Venezuelan state oil company.

Venezuela could position itself as a “profitable place to restart operations”
Thus, the Bolivarian Republic of Venezuela moves ahead with new projects to counteract the illegal US blockade, which caused a great collapse in the export of Venezuelan crude. As a result, in the midst of the blockade, President Nicolás Maduro Moros had announced that Venezuela would permit “new business modalities.” The passage of the Anti-Blockade Law in October 2020 became a key factor to circumvent the economic blockade.

“It will allow us, without a doubt, to achieve innovative mechanisms to promote foreign investments, provide full and absolute legal security to all businesspeople, both national and foreign, in this sector of oil investment, and is part of the new initiatives covered by our Constitution,” said Tareck El Aissami, Venezuelan Minister for Petroleum, regarding the Anti-Blockade Law.

On the other hand, according to experts in the oil sector, there is a possibility of reforms to the hydrocarbon law. This, in addition to the rise in oil prices, could make Venezuela a “profitable place to restart operations,” said Francisco Monaldi, an expert on the Venezuelan oil industry. Among the objectives of the possible reform of the hydrocarbons law would be the speeding up of the delivery of new service agreements, reorganization of joint shareholding ventures, and granting of new licenses.

Featured image: “To deepen and widen cooperation between China and Venezuela” reads the sign at the Jose Refinery. Photo by Vice-presidential Press courtesy of Venezuelanalysis.com.