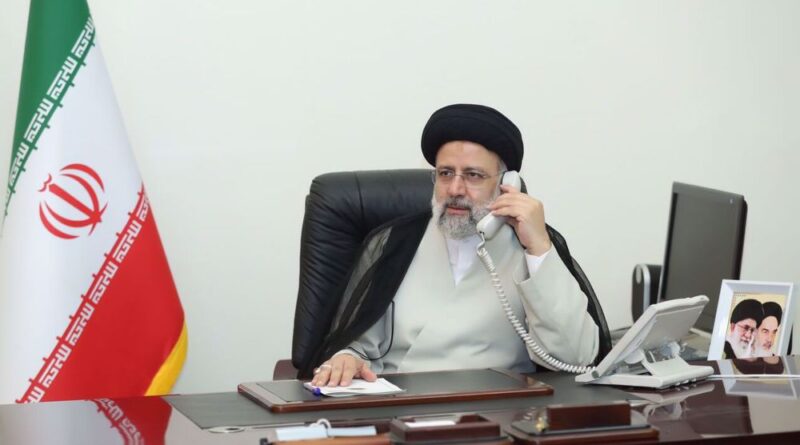 Iran’s President Ebrahim Raeisi has underlined the need for close cooperation with Nicaragua and other Latin American states on the world stage to foil US sanctions against independent nations.

In a telephone conversation with his Nicaraguan counterpart, Daniel Ortega, on Tuesday night, Raeisi said that the coincidence of Iran’s 1979 Islamic Revolution with the Nicaraguan Revolution laid the groundwork for strengthening bonds between the two nations.

“The Islamic Republic’s approach in foreign policy is to enhance the level of ties with Latin American countries and those in the Caribbean region, including Nicaragua,” he added.

Raeisi also said Iran and Nicaragua’s “shared view of opposing excessive US demands is a valuable asset for interaction and convergence in the global arena in order to defend the national sovereignty of independent countries and nations.”

“Close cooperation between the two countries in international conventions is key to neutralizing the American sanctions and make it costly for the US regime to take measures against independent states and nations, especially Iran and Nicaragua,” the Iranian chief executive said.

Ortega, for his part, said Managua will strongly continue to reinforce and develop relations with Tehran.

He said the US was today targeting the alliance between the Latin American nations and Iran; therefore, in these circumstances, it is highly important for both sides to protect their unity and solidarity.

Given the increased awareness among nations in the world today, efforts should be made to promote, through close relations, the path of struggle toward the establishment of peace and justice in the global community, the Nicaraguan president added.

The Islamic Republic has historically attached great importance to boosting the level of its relations with Latin American nations, among them Nicaragua.

The two countries share a history of putting up resistance to US economic pressure and sanctions.