This Sunday, October, 23, the closing session of the 20th Congress of the Communist Party of China culminated in the approval of four texts that will guide the country’s policy for at least the next decade.

With a solemn session at the People’s Palace, the Communist Party of China (PCCh) concluded the activities of the 20th Congress of the political party. The names of the 205 delegates who will now make up the Central Committee of the party and the 171 alternate members were confirmed at the meeting, and additionally, three resolutions that are now part of Chinese policy to achieve its long-awaited target of becoming a modern socialist country, were approved.

One of the approved texts is the draft revision of the PCCh statutes, which is considered by congress as the definitive impulse of the “Chineseization of Marxism.” In it, the party militancy is urged to decisively study and implement the so-called “two determinations,” which defines Xi Jinping’s position at the core of the Central Committee and the party, and his thinking on socialism with Chinese peculiarities is assumed as the leading position of the “new era.”

The resolution of the report of the Central Disciplinary Commission was also approved, in which the conception of the “four consciences” is advanced: politics, general interests, the ruling nucleus and alienation, to establish itself in the “four convictions:” the socialist road, theory, system and culture. 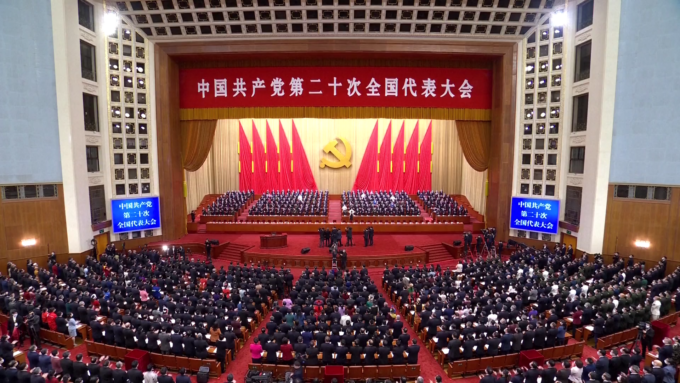 In addition, the resolution of the report presented by the 19th Central Committee was passed, resulting in the “crystallization of the wisdom of the party and the people,” uniting all the ethnic groups of the country in, “the conquest of new victories using socialism with Chinese peculiarities.”

Those who leave and those who stay
In the last hour of the closing session, the names of the delegates who, for reasons of age or a political turn, will resign from their posts in the Permanent Committee of the Political Bureau, were revealed. Four of the seven members of the Political Bureau will leave the highest instance of the party to make room for a new leadership.

Manufacturing Consent for the Containment and Encirclement of China

Li Keqiang, Han Zheng, Wang Yang and Li Zhanshu are the four delegates who left the Political Bureau, making it quite clear that Hu Jintao’s influence in that era is now a thing of the past. Xi Jinping, Wang Huning and Zhao Leji are to remain on the Standing Committee of the Political Bureau.

Xi Jinping is the leader of the new political era in China, the promoter of socialism with Chinese characteristics and the visible face of the project of establishing a modern socialist country. Wang Huning and Zhao Leji are the architects of the fight against corruption during Xi’s government, one of the most popular banners along with overcoming poverty.

Later this Sunday, China and the world will learn the names of the new members of the party’s Political Bureau, the Standing Committee and the General Secretary. The question that remains is whether the number of members of the Permanent Committee will continue to be seven, be expanded to nine, or reduced to five.