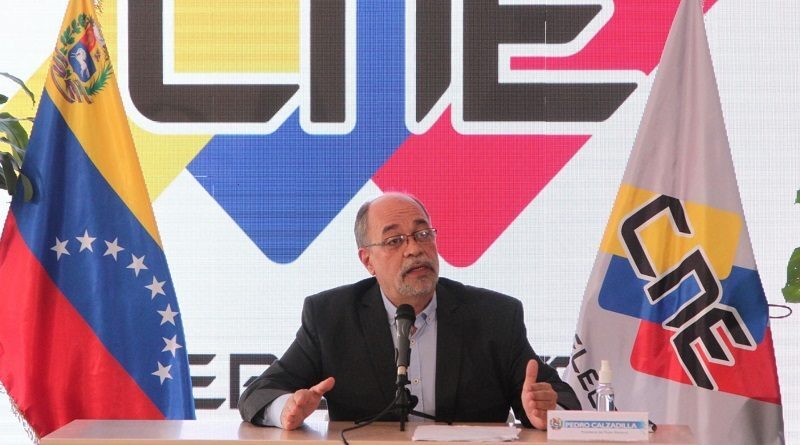 On Wednesday, September 1, Venezuela’s National Electoral Council (CNE) decided unanimously to extend for 24 hours the period for nominations of candidates to participate in the Regional and Municipal Elections 2021.

This decision was evaluated by the electoral authorities in order to facilitate the participation of the largest number of political organizations, announced the national electoral body through a press release.

The announcement was made one day after the most radical wing of the Venezuelan opposition, represented by the platform G4, announced its decision to participate in the November 21 elections after years practising and promoting electoral boycott. This extension of deadline, the second since the candidate registration process began on August 9, will not affect the electoral schedule or any of its subsequent phases.

The nomination process constitutes one of the most important activities of the electoral schedule, as it determines the candidates and political organizations that will participate in the election.

During the nomination process, political organizations register the names of their candidates for different posts, through the Automated System of Nominations enabled on the CNE website, and in parallel to this step runs the period of receiving challenges and cancelation of nominations.

For the 2021 Regional and Municipal Elections, candidates will be elected to 3,082 positions, which are distributed as follows: 23 governorships, 335 mayorships, 253 state legislators (152 through lists, 93 through nominal elections, and 8 for indigenous representation) and 2,471 city councilors (1,420 through lists, 982 nominal, and 69 through indigenous representation).