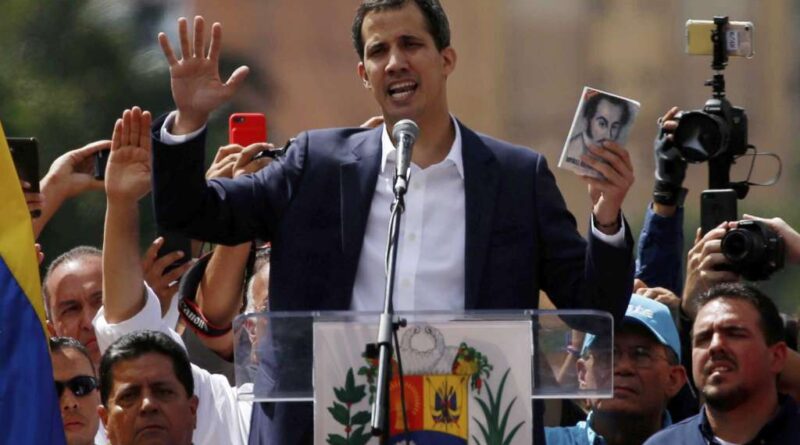 The opposition extreme right-wing led by former deputy Juan Guaidó will participate in the regional elections scheduled for November 21, as part of the agreements of the dialogue that is taking place in Mexico, sources from the Guaidó bloc allegedly reported this Friday, August 2, to Bloomberg.

“Venezuela’s opposition is set to announce it will break a three-year boycott of elections and register candidates for November’s vote, marking progress on a key issue in political negotiations with President Nicolas Maduro’s government,” reported the US news corporation.

According to the outlet, it is expected that the opposition political parties will simultaneously notify that they will be involved in these votes, as divulged by “seven people with direct knowledge of the matter.”

The report explained that although Guaidó and his party Voluntad Popular (Popular Will) have been reluctant to participate, they will abide by this announcement that will likely be made this weekend or Monday, the sources allegedly told Bloomberg.

The report also mentioned that the opposition faction, which is controlled directly by Washington, had decided not to participate in elections for a period of time, including the presidential elections of 2018 and the legislative election of December last year.

However, the November 21 elections are of great significance in the midst of the dialogue going on between the government delegation led by President of the National Assembly, Jorge Rodríguez, and the extreme right opposition sector represented by Gerardo Blyde. A second round of the dialogue cycle will begin on September 3, and will be hosted by Mexico, where multiple governments including Norway and Peru will be present as observers.

“One reason the opposition decided to run is because the European Union is leaning toward sending an election observation mission in November,” two of the people in contact with Bloomberg said. “The EU said it would only monitor the vote if the opposition participates,” added the sources; but they forgot to mention that the most important reason would be that Washington might be pushing them towards that direction. Moreover, the hard right opposition itself needs to recover some political spaces, given the fact that its erratic electoral stand and support and promotion for illegal US and European sanctions have led to a huge rejection even among its own supporters.

The sources also stressed that although the deadline for electoral nominations is this Sunday, August 29, the National Electoral Council (CNE) has the powers to extend it.

Electoral nomination extended
Aligned with what was reported by Bloomberg, Venezuela’s National Electoral Council (CNE) announced, on Saturday, August 28, an extension of the deadline for enrolling new candidates.

CNE president Pedro Calzadilla informed that during a special assembly of the highest electoral body, there was agreement to extend the period of nominations until Wednesday, September 1. The original deadline was set to be Sunday, August 29.

Calzadilla asserted that the decision is consistent with what the CNE’s policy has been throughout the electoral cycle, which is to guarantee, facilitate, and allow in the broadest way the participation of the greatest number of political organizations in the regional elections.

Featured image: Juan Guaido had declared himself “president” of Venezuela at the end of an opposition march in Caracas in February 2019, supported by Edgar Zambrano (Acción Democrática) and Stalin González (Primero Justicia), both of whom are already in the regional elections race. Photo: AP.