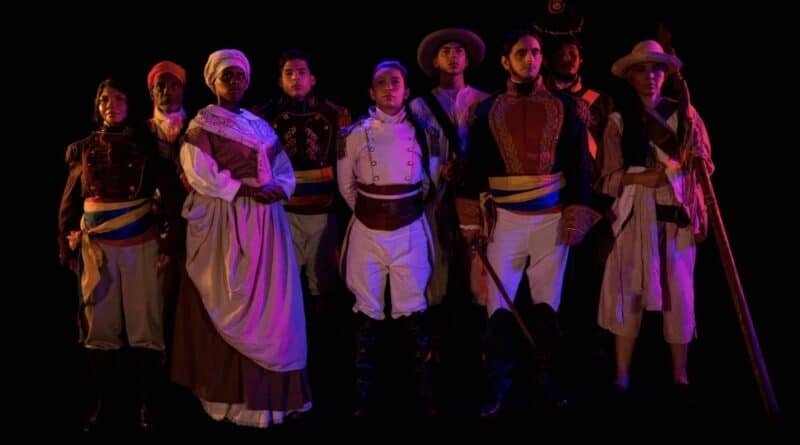 In Colombia, state terrorism has deepened and is open. Social leaders, indigenous people, peasants, teachers, settlers are assassinated every day. The rich in Colombia hold on to power and maintain their model of accumulation by means of discriminatory violence against activists and their organizations. According to data from Global Witness, a Human Rights NGO based in London, 65 environmentalists have been murdered in 2020 alone. INDEPAZ reports that 126 social leaders have been assassinated in 2021, adding to the list of 1241 social leaders assassinated after the signing of the peace accords. This same year 72 massacres have been registered and 36 indigenous people have not found any kind of protection for their lives in the Colombian State.

To this long list of social leaders, indigenous, environmentalists and human rights defenders must be added the murder of 286 former FARC-EP combatants who signed the peace agreement between the Colombian State and the FARC-EP in a state of defenselessness.

The actions of Colombia’s militarized police during the recent popular uprising and Duque’s absolute support for the massacre of the people, filmed and known, is an urban sample of what the narco-terrorist regime has executed for decades in rural areas, in the midst of the armed conflict. The Human Rights and Political Violence Data Bank of the Center for Research and Popular Education (Cinep), published in the new edition of the magazine Noche y Niebla, No. 63, indicates that there were 1388 victims of violence by the Colombian State during the National Strike, between April and June of this year, Colombians who suffered physical injuries, death threats and arbitrary detentions.

But political violence is not the only thing that the Colombian government of Ivan Duque systematically refuses to acknowledge. Recently, the newspaper El Espectador of Bogota, quoting the Colombian Ombudsman, provided data on child malnutrition, having as official source the Colombian Institute of Family Welfare, ICBF, denouncing that in two years of Duque’s government, there are 115,533 malnourished children in Colombia, of which 432 have been hospitalized due to their seriousness. Until the beginning of September of this year, 115 children have died from malnutrition.

But what is the Colombian State hiding, what is it trying to disappear as if by magic?

One of these concealed elements is 16,209 million dollars, contributed to Colombia’s GDP by the drug trafficking business. A little more than 5% subsidy to Colombian capitalism. The narco-state is no longer a tale of vegueros, but a reality that goes beyond its borders and involves the status quo of Colombian society. Politicians, military, police, economic and financial emporiums are closely linked to drug trafficking activity. Just consider the airline pilots in the service of drug cartels with links to Alvaro Uribe Velez or President Ivan Duque. Review just one episode of the “Ñeñe politica” or check out the latest information linking General Zapateiro, Commander of the Colombian Army, with the drug trafficker Solid Murcia Perez.

The other element, no less worrying for Colombians, for the region and especially for Venezuela, is the threat to peace in Latin America, personified in a corrupt political class and military leadership that has surrendered to the Yankees. Colombia has become the platform used by the United States to maintain its hegemony throughout the length and breadth of Our America. The Monroe Doctrine as a weapon against the peoples has been used to counteract their advances to consolidate the Bolivarian integrationist project. From the times of Santander, as a pawn of the interests of the United States, to the third cycle of the Uribe administration, Latin American unity and peace are the targets of these snipers. UNASUR, ALBA and CELAC have been marked on the regional geopolitical chessboard. They do not forgive that in more than one scenario of regional integration, peace has been placed as a foundational flag of a new Latin American project.

Colombia has been the epicenter of aggression against the Venezuelan people. Since the very beginning of the Bolivarian Revolution, the oligarchy has planned and carried out frustrated assassinations, military incursions, and has used paramilitary groups on a large scale to destabilize the lives of the Venezuelan people.

The continuous visits of the Chief of the Southern Command of the US Military Forces and the Head of the CIA and the presence of US troops in Colombian territory under the same excuse used for the last 40 years, fighting drug trafficking, have become routine and customary. Now we know of the transfer by the Southern Command of two C-130 Hercules planes to Colombia, which increases the capacity to transport military troops to the future “conflict zones” foreseen in the Damascus Doctrine, the doctrinal basis for military intervention under the banner of “humanitarian aid” to resolve the “political instability” present in a neighboring territory.

As if all this were not enough, the threat of this political-military elite does not hide the fact that it is Washington’s spokesperson to dynamite the Dialogue Table in Mexico between the Venezuelan opposition and the Revolutionary Government. Not only is Ivan Duque acting to fix a position on the direction that the Venezuelan opposition should hold on Mexican soil, but he is trying by all means to undermine this path for the coexistence and peace of all Venezuelans.

This real, usual and ordinary threat keeps us Venezuelans moving forward in battle fronts. We need economic stability without the so-called sanctions and financial blockades that affect the oil industry, public services, food distribution and access to medicines. We need to consolidate political peace with the full exercise of popular sovereignty and the various mechanisms of participation and protagonism of the people. The civil-military union, with the People in arms, is our guarantee of the maintenance of peace and national defense and of the Bolivarian path we have chosen, with the deepening of the national project, under the banner of the Chavista ideology in the transition towards Venezuelan-style Socialism, without duplication or dogma.

The Colombian people are in search of a better life. The dispute for life and territory, for peace with social justice is unleashed and millions of inhabitants have demonstrated in this sense. This political struggle in the streets has just begun and could unleash insurrections and major confrontations. In addition, the year 2022 has an electoral significance since a new President and Congress will be elected, a situation that could bring about democratic outcomes and change.

As peoples now separated by imposed borders, we need to advance on the road to the construction of a Great Colombia, synonymous with unity, with a project that facilitates the construction of an economic, cultural and military bloc with ample capacity for competition as a belligerent actor in the multipolar world in continuous relations of respect for the sovereignty of the countries, raising the banners of unity and Latin American integration.

This is the path pointed out to us by the Liberator Simón Bolívar and which is alive in the struggles of the peoples of Colombia and Venezuela.

200 years later Carabobo continues to illuminate the path towards the Patria Grande.