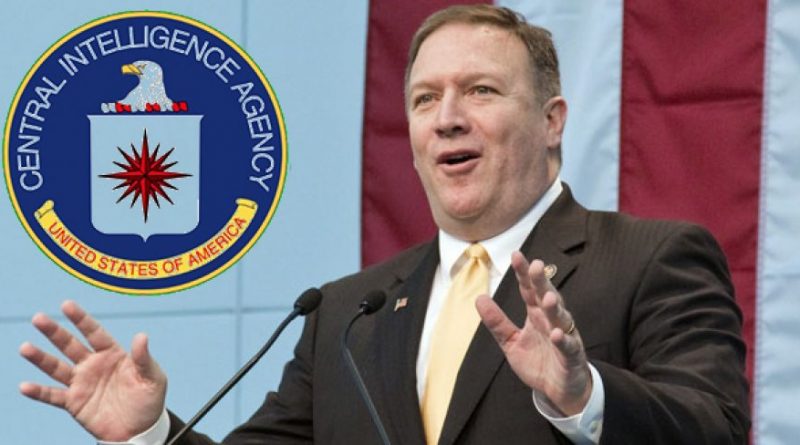 On August 28, Secretary of State Mike Pompeo announced the creation of the Venezuela Affairs Unit (VAU), which will be located in the U.S. Embassy in Bogota, Colombia. This moves leaves no doubt that Colombia is being designated as the main platform for a US made coup d’état against the constitutional and legitimate government of Nicolas Maduro and the servile role that Colombian President Ivan Duque is expected to play.

The Venezuelan Affairs Unit will be headed by James Story, a former chargé d’affaires at the U.S. Embassy in Caracas, who was one of the last diplomats to withdraw from the mission in the Venezuelan capital in March after President Nicolas Maduro broke off relations with Washington.

The level of the VAU is not traditional in the U.S. Foreign Service, and according to press reports it will not be equated to an “interests section” like the one that existed in Havana, Cuba, for decades. According to State Department sources, its provisional nature places it outside the Senate Foreign Relations Committee in terms of approving its staff, although it will continue to oversee the development of bilateral relations.

The creation of the U.S. parallel diplomatic office in Bogotá had the bipartisan (Democrat/Republican) support of Congress, and seeks to give regional legitimacy to the blurred presidency of the Venezuelan National Assembly, Juan Guaidó, at a time of extreme political weakness of the internal opposition to Maduro’s government.

President Maduro broke off relations with the U.S. January 23, after Donald Trump ignored his jurisdiction and recognized Guaidó, his creation, as “president in charge” of Venezuela. This came in the midst of an intoxicated media blitz in the Western world aimed at pressuring, destabilizing and producing a “regime change” there, with the support of several Latin American far-right presidents grouped in the so-called Lima Group.

Since then, officials from the Central Intelligence Agency (CIA) began to make contact with Venezuelan diplomatic officials for purposes of recruitment and incitement to abandon their posts, particularly in Colombia, Panama and the United Nations.

According to journalistic reports, in exchange for becoming collaborators of the U.S. spy agency, CIA officials offered between 120 and 150 thousand dollars. In exchange those who defected would be obligated to give interviews in the media where they would promote, among other demands, rejection of President Maduro and the government they had defended up to that moment.

Since then, too, CIA agents have increased their activities in Colombian territory. By 2018, the U.S. agency achieved the defection of the Venezuelan press attaché in Bogotá, Luis Espinoza. Also noteworthy is the support they have given to a terrorist network based in Peru, called “Jaque Mate Venezuela 2019”, dedicated to the execution of violent acts in Venezuelan territory with the aim of destabilization.

Before the second round of presidential elections in Colombia, between Iván Duque and Gustavo Petro, in June 2018, the CIA prepared a public denunciation falsely accusing Royland Belisario, a member of the Bolivarian National Intelligence Service (SEBIN), of an alleged attack against the current president Duque. The version was covered by the Bogota daily El Tiempo on March 3 and attributed to “Colombian intelligence agencies”.

On April 15, during a question-and-answer session at the University of Texas, Secretary of State Mike Pompeo stated that, “When I was director of the CIA, we lied, we cheated and we stole. We even had training courses.” The State Department’s official transcript censored those assertions, but they were recorded on video. And while it is public and notorious that throughout its history the CIA has done what Pompeo said, it is serious that the head of U.S. diplomacy refers to himself in that way.

On February 7, after the arrest of former Bolivarian National Guard colonel Oswaldo Valentín García Palomo, Venezuela’s Vice President of Communication, Culture and Tourism Jorge Rodríguez revealed to the media the publication of intimidating messages and false news by anti-Chávez actors who outlined the framework of a series of coup actions.

García Palomo had long had the support of the CIA and the governments of Colombia, Chile and Brazil. In his confession, the former soldier declared that the CIA had contacted him through retired General Antonio Rivero, an activist of the Popular Will Party (Party of Guaidó) and a CIA agent, according to Rodriguez. He also explained that in Colombian territory he had had the support of alias “Alejandro”, a general of the Colombian National Police, who was the liaison with the government of Juan Manuel Santos.

The coup plan had been reactivated in May 2018, prior to the Colombian elections, with the advice of alias “Indiana” and “Colonel Lee” by the CIA and “Alejandro” from the Colombian government. Officials instructed García Palomo on the attack plan against Venezuela during the first quarter of 2019, and his confession, according to Jorge Rodríguez, came to dismantle the international misinformation intoxication campaign on the “humanitarian crisis,” as an alibi for an invasion designed by the CIA and the Pentagon with support from the Organization of American States (OAS) and the Lima Group.

In the context of a prolonged imperial hybrid war of attrition, February 23, was scheduled as the umpteenth “D-Day” of the besieged Bolivarian Republic of Venezuela, but instead would be another resounding failure of the international far-right terrorist that responds to the dictates of the White House.

On that day one of the members of the CIA station in Bogotá and US ambassador to the OAS, Carlos Trujillo accompanied U.S. Senator Marco Rubio and Florida State Representative Mario Díaz-Balart on their visit to the Colombian town of Cúcuta, bordering Venezuela and one of the main locations of tension between the two countries.

Cúcuta, where according to the Colombian intellectual Renán Vega Cantor “paramilitary power reigns”, had been the stage, the day before, of the concert “Venezuela Live Aid”, organized by the cultural gusanería of the Estefan clan (the marriage formed by Gloria and Emilio Estefan), which was attended by some 30 Made in Miami artists, including Silveste Dangond, called “the paramilitary of vallenato”.

This concert of hatred and war was conceived as a distracting action on the Colombian-Venezuelan border, aimed at covering up a false flag operation in the framework of the alleged introduction of “humanitarian aid” to Venezuela by the United States Agency for International Development (USAID), which since 1961 has been used by the CIA as one of its most powerful weapons for its covert operations.

In military jargon, false flag operations are those carried out clandestinely by an aggressive power, for the sake of appearing attacked and blaming the enemy. On February 23, two USAID trucks with supposed humanitarian aid for Venezuela were set on fire with Molotov cocktails on the Francisco de Paula Santander international bridge on the Colombian side by violent groups of the Venezuelan opposition. It was a complete CIA operation that U.S. Vice President Mike Pence and Secretary of State Pompeo blamed on the “tyrant” Maduro.

The operation, which was attended in situ by Colombian President Ivan Duque and his Chilean counterpart, Sebastian Piñera, as well as the lackey of the U.S. Ministry of Colonies, Uruguayan Luis Almagro, exhibited the links of the Miami Cuban-American mafia sponsored by the CIA with the “paracos” of Cúcuta and the continental ultra-right, but also the impunity with which the U.S. agency carries out its interventionist activities against Venezuela from the territory of Colombia.

From the beginning of 2019 to date, the U.S. Embassy in Bogotá has been increasing the number of officials in its consulate in Cúcuta with two main objectives: to support the visits of U.S. congressmen, politicians and military as well as chiefs and officers of the intelligence community who travel to that border region, and to monitor the situation in Venezuela, on which they issue daily reports that are forwarded to the State Department, the White House and the Pentagon.

The U.S. consulate in Cúcuta has a high number of officials who are linked to the U.S. diplomatic mission in Caracas, which they had to evict after the brake of relations decreed by Nicolas Maduro. According to journalistic versions, among them there are some experts in covert operations and fieldwork with the Venezuelan ultra-right, paramilitary groups and criminal gangs, but also with opposition landowners who, as part of the economic war against Maduro’s constitutional government, carry out clandestine operations to extract minerals (gold, bauxite, iron), oil and gasoline to send abroad.

In this context, the creation of the Venezuelan Affairs Unit announced by Pompeo last week would reinforce the role of the Álvaro Uribe-Iván Duque duo as Washington’s puppets and that of Colombia as a platform for the Pentagon’s and the CIA’s aggression against Venezuela. 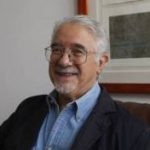