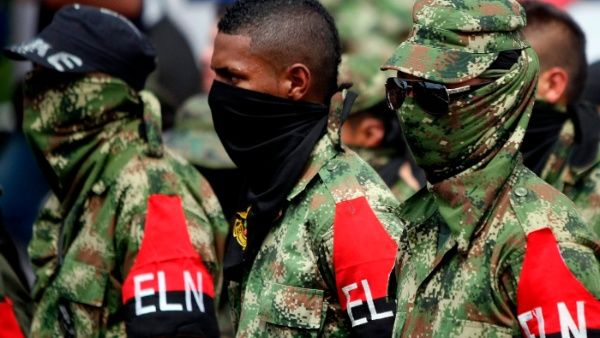 The rebel group called on the Iván Duque government to resume talks in search of an eventual peace agreement.

The National Liberation Army (ELN) declared a unilateral ceasefire in Colombia from April 1 to 30 as a humanitarian gesture in the face of the devastation caused by the 2019 coronavirus pandemic.

In a statement released on social networks, the insurgent organization also called on the government of Colombian President Iván Duque to resume talks with its delegates in Cuba to agree on a bilateral and temporary cessation of the conflict.

In the text, it is reported that an active unilateral cessation is declared, for one month, from the first to April to the 30th, as “a humanitarian gesture by the ELN with the Colombian people, who are suffering from the devastation of the coronavirus.”

Until Sunday, Colombia had confirmed a total of 702 cases of Covid-19, the disease caused by the new coronavirus strain discovered in late 2019, with 10 deaths.

“The cessation is an active one because we reserve the right to defend ourselves against attacks by state forces, made up of regular troops, paramilitaries and drug gangs in various regions of the country,” the group said in the statement.

It added that during this month, it summons Duque’s government “to meet with our dialogue delegation present in Havana, to arrange a bilateral and temporary ceasefire. For these efforts it is necessary to have the presence of guarantor countries”.

The ELN also raised in the statement other demands such as the release of political prisoners, the free provision of the contagion confirmation test and that “health must once again be an inalienable right, mandatory coverage by the State,” among others.

Last Saturday, the special representative of the UN secretary general and head of that organization’s Verification Mission in Colombia, Carlos Ruiz Massieu, asked the country’s armed groups to implement a ceasefire in the midst of the health emergency that is lived by the coronavirus pandemic.

Featured image: The ELN unilaterally declared a ceasefire in the face of the crisis caused by the coronavirus in Colombia. | Photo: EFE