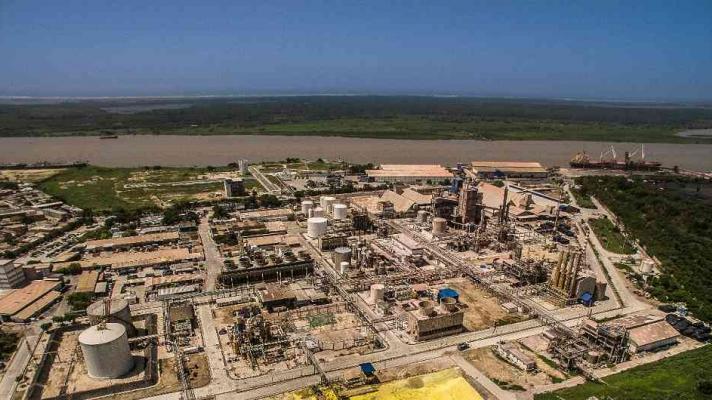 Colombian congressmen are asking the government of Iván Duque to “protect Monómeros,” Venezuela’s second-most significant asset abroad, located in Colombia. Monómeros was illegally transferred to representatives of former deputy Guaidó by Colombian authorities—in violation of all international and local regulations—as a component of the failed US-led Guaidó project.

The representative for Colombia’s Atlántico department, Cesar Lorduy, proposed that Colombia expropriate the company or sell it to private investors, in order to prevent Venezuela from recovering it, clear evidence of the criminal mindset of many Colombian authorities.

RELATED CONTENT: Venezuela to Request the Return of Monomeros at Mexico Talks

The Monómeros case entered the agenda of the dialogue in Mexico when President Nicolás Maduro proposed to Venezuelan agricultural producers to prepare and sign a document for Jorge Rodríguez, president of the National Assembly, requesting the return of the company to its lawful owner, PDVSA subsidiary Pequiven, as a subject for negotiation.

The reasons why Colombia would want to prevent this legitimate return are numerous. Monómeros produces fertilizers necessary for the agricultural sector, with a production capacity of 1.3 million tons of organic and inorganic substances for large-scale farming.

“The production of fertilizers in Colombia cannot be subject to the personal interests of Venezuelan politicians,” said Lorduy, who belongs to the Radical Change party, and supported Álvaro Uribe until 2009.

For his part, Manuel Fernández, president of the Chamber of Commerce of Barranquilla, capital of Atlántico, noted that Monómeros represents 88% of the fertilizer sector in the department of Atlántico, supplies 50% of the national market, and is the 15th-largest company in size, and the 17th-largest in sales, in that region.

Although the congressmen did not mention it, Monómeros is also a strategic possession for the Colombian narco-state. According to investigations into the acts of corruption of former deputy Guaidó and his team, since the illegal transfer the company increased its production of urea, a fertilizer with various uses in the production of cocaine, possibly in order to supply drug cartels in the area.

Featured image: Colombian congressmen propose that Monómeros should be sold or expropriated to prevent Venezuela from recovering its assets abroad (Photo: File).