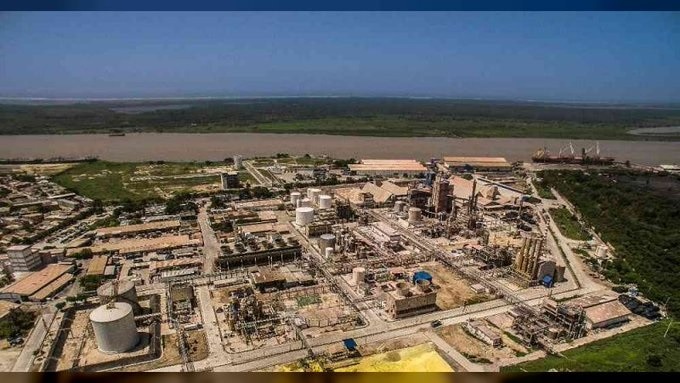 On Wednesday, August 18, at a working meeting of the Higher Council of Productive Economy, the President of Venezuela, Nicolás Maduro, proposed that the business sector should issue a document asking for the return of the Monómeros company to Venezuela. This document will be taken to the dialogue in Mexico.

“I propose that all Venezuelan producers prepare a document that Dr. Jorge Rodríguez will take as a fundamental point to the dialogue table in Mexico—a document that will be signed so that Monómeros is returned to its owner, Pequiven,” said President Maduro during a TV broadcast together with Pequiven workers during the first Productive Coordination Meeting between Pequiven, State entities and Venezuelan agro producers.

During a joint activity with the country’s producers and business sector, the president instructed the Minister for Agriculture and Lands, Wilmar Castro Soteldo, to prepare the document that will be delivered to Jorge Rodríguez, the head of the Venezuelan government delegation, so that it can be discussed in the dialogue with the extremist sector of the Venezuelan opposition.

“I propose the document to Castro Soteldo, and I ask all the producers to add their signatures, requesting that the management of Monómeros be returned to its parent company Pequiven, to its owner PDVSA,” announced President Maduro. “This can be one of the first agreements in the dialogue for the economic recovery of the country.”

The president’s statement came after a group of business owners working in agriculture productions told him that they all agree on the importance of recovering Monomeros, a company that before being stolen by the US and Colombia with former deputy Guaidó at the forefront, produced chemical fertilizers and presicides necessary for agriculture. The case of Monómeros is similar to that of the refinery CITGO, PDVSA’s US subsidiary, also stolen by the US and gifted to Guaidó who has mismanaged the entity.

“To the businesspeople of the country I say: Here you have your president, you have all the support… we are going to work together, whatever it takes, to produce and win,” said the president.

He reiterated the need to seek a new balance of the economy based on national production.

RELATED CONTENT: Mexico: May the Venezuelan Dialogue Result in End of Sanctions

In addition, the president informed that the Memorandum of Understanding for the dialogue in Mexico has been published in the Official Gazette and it is now the Law of the Republic, signifying that all the country’s legislative, political and legal support has been given to the dialogue, while requesting all the support of Venezuelans for this process.

“The priority at the dialogue in Mexico is economic growth of the country, the return of the assets that belong to the people of Venezuela, so that this money flows into the veins of the national economy,” the president explained.

Regarding economic recovery and production, President Maduro stressed that productions must be 100% national. “That is the post-rentier oil economy, breaking the dependence on the petro dollar and building the productive, diversified independence of the Venezuelan economy and its 16 engines,” emphasized the president. “This is the correct path.”

In this regard, he instructed Executive Vice President Delcy Rodríguez to take the reins of the 16 Engines of the Economic Agenda and apply the methodology for the construction of the new post-rentier oil model.