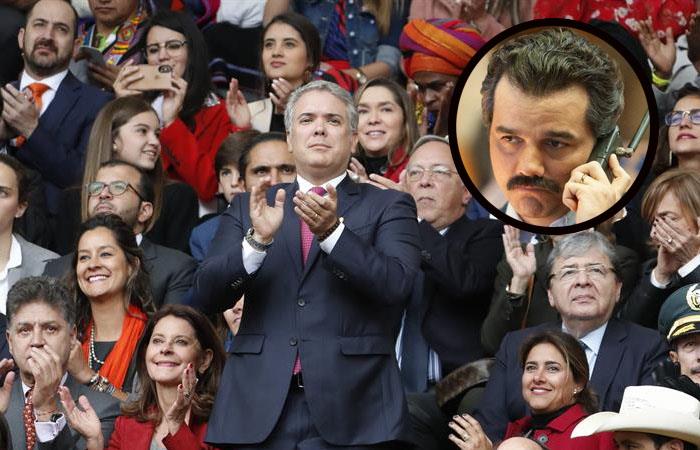 Venezuelan opposition deputy José Brito, president of the Special Committee appointed to investigate the events perpetrated by previous National Assembly board during the 2016-2020 term, determined that advanced investigations indicate that the Venezuelan company Monómeros, belonging to stated-owned Petroleos de Venezuela (PDVSA), is used for the benefit of Colombian drug trafficking.

Monómeros, based in Colombia, and CITGO, based in the US, are among the assets seized by the United States government in collusion with former Venezuelan deputy Juan Guaidó in their failed 2019 attempt to oust the legitimate government of President Nicolas Maduro.

“We detected that Monómeros, among its outputs, was producing much more urea. That drew our attention powerfully,” Brito said in a special interview with the newspaper Últimas Noticias.

The Venezuelan Petroleum Corporation operates from the Monómeros offices in Cali, Colombia, and, through Guillermo Benzecry Izaguirre, would influence the increase in production of urea in place of other fertilizers.

Most of this urea overproduction is acquired by a holding company managed, directed and managed by Roberto Benzecry Izaguirre, Guillermo’s brother. “They have a strong connection with Pablo Escobar Gaviria’s lieutenant, Fabio Ochoa,” said Brito. “And this holding company would be selling urea to the Ochoa cartel and the cartel managed by alias Doble Rueda, said to be the one who ran terrorist training camps for Operation Gideon. In other words, the real business of Monómeros would be based on supplying urea to the Colombian drug trafficking cartels and terrorist operations against Venezuela.”

It is known that these brothers, appointed by Juan Guaidó as part of the plot of corruption and delivery of Venezuelan assets abroad, came into the ownership—at their Vista Hermosa restaurant—of the famous colt Atrevido Del 8, the preferred horse of Don Fabio Ochoa Restrepo, father of the brothers Jorge Luis, Juan David, and Fabio Ochoa Vásquez, recognized partners of Pablo Escobar.

RELATED CONTENT: Guaidó’s Gag: He Names New Board of Directors at Telesur – They Treat Him as Crazy

Why Monómeros?
Monómeros was managed by a consortium of Colombian public and private companies and was later acquired by Pequiven, the main Venezuelan petrochemical company, in 2006. This company is responsible for production and distribution of 46% of fertilizers in Colombia, and satisfies 70% of the demand for agrochemicals for the cultivation of potatoes, coffee and palm.

The company was stolen from the Venezuelan State by the Colombian government as part of the plot of Juan Guaidó and the US government, eight days after his self-proclamation as “president in charge” of Venezuela, on January 23, 2019.

Urea facts
Urea is a substance used for extracting crude paste or base cocaine paste. A versatile substance, it can also be used to clandestinely produce ammonia, which purifies cocaine base paste.

The United Nations Office on Drugs and Crime (UNODC) report of 2018 warned that urea and ammonia appear as emerging precursors for the drug’s crystallization process.

Featured image: Referential photo. Iván Duque during the celebration of the Bicentennial of Independence in Colombia/Pablo Escobar in the Netflix show Narcos / Twitter. Photo: EFE.